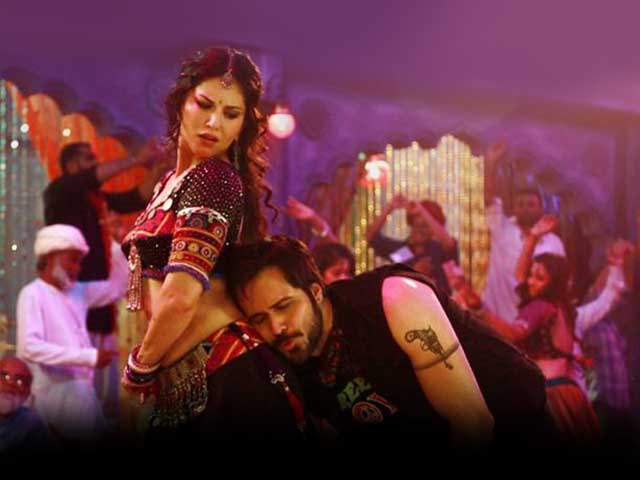 Recenty we wrote about Malaika Arora doing the maximum number of special appearances in films, especially in the songs, but it looks like the sexy Sunny Leone will soon break that record. Sunny Leone is all set to sizzle on screen once again. She makes a special appearance in a song in the Ajay Devgn and Emraan Hashmi starrer, Badshaho.

Sunny moves her body haule haule along with serial kisser Emraan Hashmi, in the song Piya More. However, this is not the first time Sunny is doing a cameo; she has done cameo roles earlier too, in films like the Shah Rukh Khan starrer Raees where she danced to the popular remix Laila O Laila, Hate Story 2, Shootout at Wadala and Noor. She has also done a couple of item numbers down South.

The song Piya More, is sung by Neeti Mohan and Mika Singh. Sunny proudly shared the song on Twitter and wrote: “The most Indian song I’ve ever done.” Sunny is right when she says; “Meri Har Baat Awara,” in the song. There’s a nice kind of ‘awarapan’ to this woman.

Badshao directed by Milan Luthria is a heist drama set in the backdrop of the 1975 emergency. The film also stars Illena D’Cruz, Esha Gupta and Vidyut Jamwal among others. Ajay Devgn and Illena D’Cruz will be seen together on screen for the first time. The film is all set to hit the theatres on Friday, 1 September, 2017.

Sunny fans can get set to watch some sultry moves by Sunny soon. Till then you can watch it right here:

Caution: Just in case you get carried away and try to fit into a barrel like Sunny; remember you need a figure like her too!