Niladri Kumar on having composed the recent most romantic number of Bollywood under the title “Sarphiri” for Laila Majnu has weaved the story of young love through his words. The song is about a girl and boy who are in the process of falling in love. It talks about two young souls who are beginning to fall in love through words, memories and moments. Shreya Ghoshal and Babul Supriyo have teamed up together to deliver this song to its audience. The duo has sung other songs before and this number has been no less of a brilliance.

The lyrics of the song is not only melodious and rhythmic but also narrates meaning in every sentence. The song talks about how impatient young love is and how two people are getting carried away by each other through words and conversations. The recklessness, impatience, and craziness of the two young lovers bind the song together. The song embraces love and the more so the process of falling in love.

This piece which has been composed by Niladri has also seen a dynamic and different narrative on screen. Rather than the couples dancing around trees and holding hands, Imtiaz Ali has turned choreographer for this song. This song guides the audience through a picturesque landscape rather than shooting dreamy unrealistic romantic sequences!

Shreya Ghoshal through this song has been nothing less than what we expect from this leading playback singer of the country. She has done complete justice to the lyrics as well as the tune. The tone of the song is conversational in nature where the young lovers are talking to each other but perhaps actually in their own minds.

The lyrics are not repetitive and tells a story of blooming love and romance. It is as if the two lovebirds get to know each other through the song and their journey is melodiously captured through “Sarphiri” in turn starring the newcomers Tripti Dimri and Avinash Tiwary.

Where Bollywood has been known to showcase romance within a set pattern, this song crosses barriers by breaking the stereotypical portrayal. It also talks of love through conversations, by opening up to each other and by getting to know each other which is otherwise a rare scene within romantic Bollywood films by popular directors. This time Imtiaz Ali and Ekta Kapoor have come together to tell the age-old tale in a new way for “Laila Majnu”.

This song is promising and immensely romantic which stays behind with the listeners even after it is over. Here’s hoping that this song gains a lot of love and praise from its audiences and the film does very well at the box office. 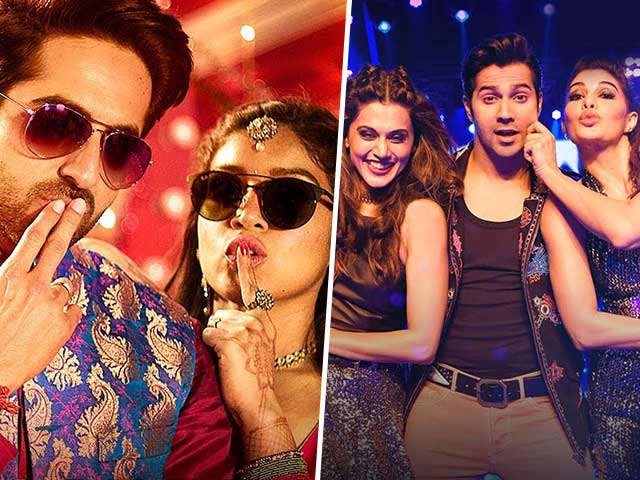 5 Songs That Could Get You Through The Day In September!