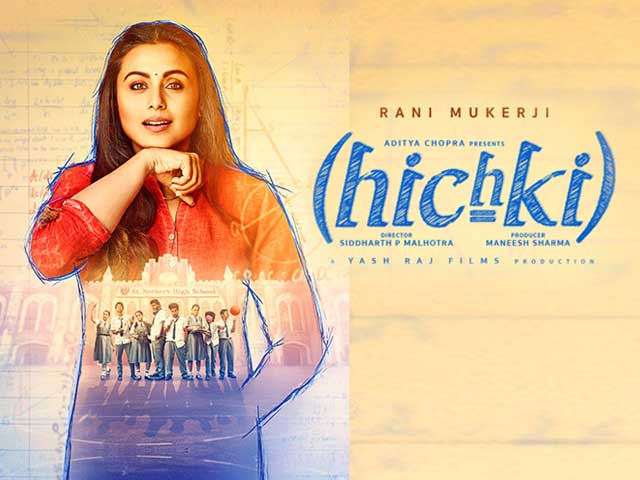 Yash Raj Films’ upcoming Rani Mukherjee starrer, Hichki seems to be in the midst of controversy as soon as the first trailer of the film was launched recently!

Author Nishant Kaushik has accused Siddharth Malhotra, director of Hichki of Plagiarism! Nishant even claims that Hichki’s trailer bears an uncanny resemblance to the story that he had developed for Siddharth two years ago.

However, HFT spoke to Siddharth since he’s an old friend and I was quite surprised to read about the allegations. I have known Siddharth for so many years now, he’s not a person who would not credit anyone who has contributed to his film. He’s one of the most humble and most honest people I’ve ever known. “The idea was sent to many writers to work on and he was one of them, however, the work that he sent was not even approved and there was no verbal conversation neither did I give any feedback since I did not approve of it. Secondly, I have never met him, he was contacted through Exceed Entertainment.So, we did not proceed with him and Exceed was informed about my decision immediately. This was 2015. Several prominent writers like Amole Gupte, Abbas Tyrewala have worked on the story of Hichki and we have obtained NOC’s from them and I thank each one of them for being the creative contributors of Hichki. We have credited all the writers who have worked in our film. So, it is ridiculous that we will not give credit to anyone in particular who has worked hard and contributed for Hichki.”

Knowing Siddharth and having worked together, I can vouch that he can never be unfair to anyone. He’s one of those rare people who never flashed his famous lineage even when we worked together! So it is but difficult to believe Nishant Kaushik’s claims is my opinion.

Read Also: Rani Mukherjee Has No Hichki Being A Working Mom!

Sanchit And Sahil Are Bringing Back Open Air Cinema For Movie...