HotFridayTalks
Home Culture We Are Proud Of Our Brave Heart And His Enviable Moustache! 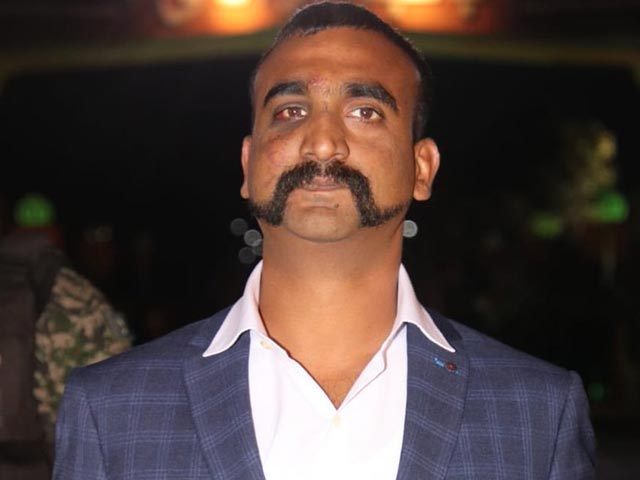 Set every political agenda aside, it’s time to set the mood lighter. Wing Commander Abhinandan Varthaman has been in recent talks and for all the right reasons. Keeping aside all the Indo-Pak fiascos which the media and news channels are already stating after every 10 minutes, we are here to appreciate the ‘sardar-ji’ moustache that the nation’s hero has portrayed. He looks quite the best, doesn’t he?

The gunslinger moustache has gained ground in recent times. When people saw him return to his side of the land, the moustache was widely noticeable too. As happy as the Indians were to take notice of his well-being and health, none of us missed the sight of the moustaches. Social media is filled with tweets and posts appreciating his moustache which covers almost all of his upper lip area.

I propose that Ranveer Singh should play the role of #Abhinandan in the Bollywood movie about to be made – no one else can carry off that moustache.

P.S.: And PLEASE! Not Salman Khan!

Wow, “muchhey ho toh Abhinandan jaisi, warna naa ho” (if you keep a moustache, then keep it like Abhinandan, or don’t keep at all). It’s no surprise that even the verified forums and outlets on social media are putting special emphasis to his moustache. Some people are also up comparing Ranveer Singh’s moustache with Abhinandan’s. Twitterati have even confirmed that Abhinandan’s moustache is his pride, and nothing less than that.

How proud we are to have you ! Bow down to your skills and even more your grit and courage ???? #WelcomeBackAbhinandan . We love you and are filled with pride because of you.#WeAreSupposedToTellYouThis pic.twitter.com/IfqBFNNa3T

While we cannot neglect the tensions between the two nations in action, we are immensely proud of our Wing Commander Abhinandan Varthaman for being brave and positive during the entire situation. “I’m not supposed to tell you this” has made Indians proud, and one artist has also given the phrase the shape of a moustache! It’s amazing.

Abhinandan's moustache will be the next styling sensation throughout India. Don't be flabbergasted by the fact when the barber asks you 'Abhinandan cut chahiye?'#Abhinandancomingback #AbhinandhanReturns #AbhinandanDiwas #Abhinandan #moustache

Bollywood can calm down as of now, because the nation isn’t going to forget the iconic moustache any time soon. Also, the bravery that came along with it is perfectly fit for the shape of the moustache. Now, all of India wants to see more of the moustache, it seems. Some call it “beautifully crafted” while others just want to try it once in their lifetime.

Anyways, as of now, India is rejoicing the return of our hero, and we are nothing but filled with pride and good words! Although the moustache is taking quite a huge amount of space in every news article, this was bound to happen. A moustache like that cannot definitely be ignored. How’s the moustache? High sir!

Why Are Child Marriages Rampant In A Country Where They Are...