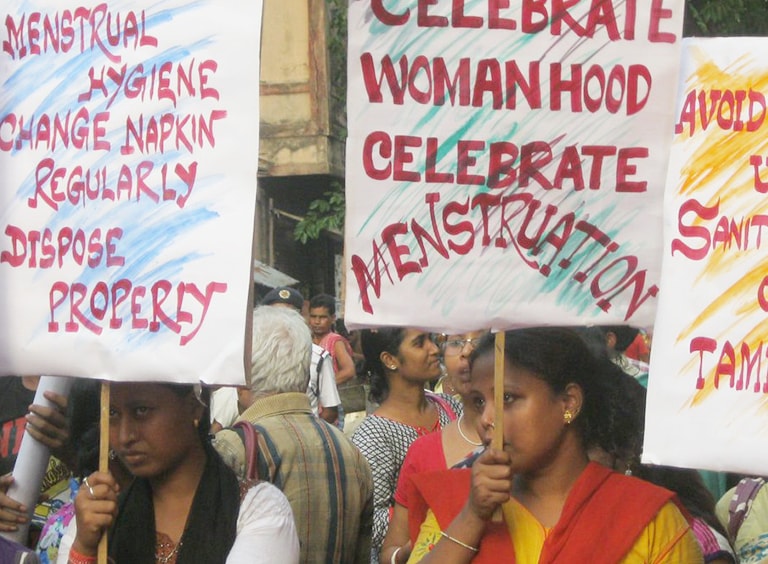 The government has implied its intention of what constitutes the image of an Indian woman by placing sindoor, bangles and bindi under zero tax slab, and imposing 12 per cent tax on women hygiene products including sanitary napkins. An economist would argue that the basis for these fiscal decisions is the nature of these industries, but the implications are going to have wider ramifications on women health and welfare.

Even now only 12 percent of India’s 355 million women can afford sanitary napkins. The rest cannot afford them, and use rudimentary objects like clothes, straw, ashes and husk sand. It is a major reason behind high dropout rates for girls in rural schools, and the cause of death due to poor hygiene conditions among women.

The problem takes its root when government defines sanitary pads as “non-essential” item. The protestors say that they are essential and not luxury items. Tampon Taxes have been heavily criticized in other countries, including the UK. As mentioned in The Guardian, tampon tax is an indication of structural sexism.

While women hygiene in rural areas is a broader issue requiring resolution of factors like safe toilets, awareness, mind-set issues and outreach programmes, the tax only makes the battle tougher for the weaker gender.

The campaign #LahuKaLagaan, to persuade government to make sanitary napkins tax-free, has garnered a lot of support from the celebrities like Vishal Dadlani, Aditi Rao Hydari, Taapsee Pannu and others.

After the issue of toilets in rural areas, Akshay Kumar is targeting this issue, through his biopic on Arunachalam Muruganantham, the man who made low-cost sanitary napkins for rural women. He will play the Padman based on a story written by Twinkle Khanna. 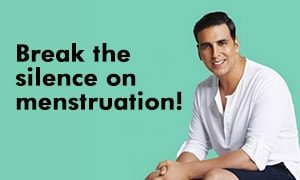 While on the one hand progressive organizations are introducing Period Leaves for female workers, and there is huge movement in support of the cause, on the other hand, government still has to catch up to the popular mood which has swung towards a more equal future.