HotFridayTalks
Home Culture Elon Musk, To The Rescue Of Those Trapped In The Thai Cave 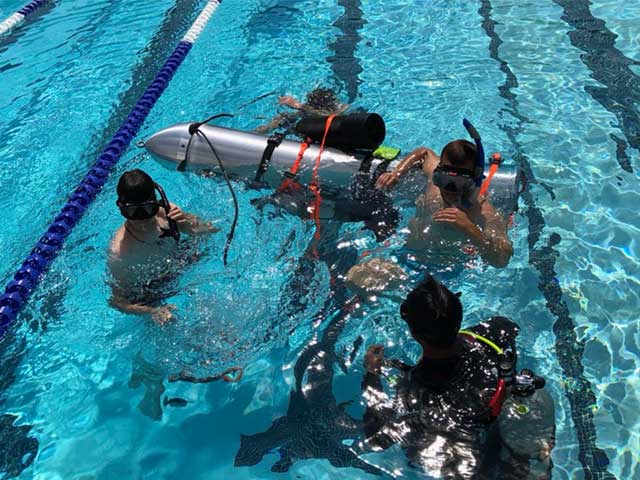 Apart from all the buzz around the world, one news making daily headlines last week was the rescue mission to save a soccer team of young boys and their coach from a cave in Thailand. Four of the boys have been rescued so far, and efforts are on to rescue rest of the team and the coach.

There have been ample warnings in recent days about how risky the rescue attempt is, corroborated by the death of former Thai Navy Sgt. Saman Kunan, who died early Friday morning due to a lack of air while attempting to return to a command center deep underground.

After a tweet requesting his help, Elon Musk offered to send in the expertise of his Boring company team to help the rescue.

I suspect that the Thai govt has this under control, but I’m happy to help if there is a way to do so

Boring Company is just one instance of the genius of this man. Getting bored in a traffic in 2016, he conceptualised the idea behind this company, to bore tunnels underground for commuting people. And Musk was not joking as many though him to be. He was serious. The general plan is to dig lots of tunnels for cars and high-speed trains.

He has even suggested using the dirt from these tunnels to make bricks and help build houses for poor people. Now the Boring Company has achieved another milestone.

Elon Musk shared photos and videos of a metallic pod that may help rescue the group of boys trapped in the cave. He provided sporadic updates on his efforts over the weekend.

Many people are sceptical whether the pods will be useful to manoeuvre through the narrow tunnel leading to the spot where the victims are located. Some are even calling it as an opportunist move by Musk, trying to leverage a catastrophe for forwarding his own company. But, it could just be the quintessential Musk, trying to prove solutions to problems.

Today, a few engineers from Tesla, SpaceX and Boring are on the ground in Thailand and assessing the situation.

Got more great feedback from Thailand. Primary path is basically a tiny, kid-size submarine using the liquid oxygen transfer tube of Falcon rocket as hull. Light enough to be carried by 2 divers, small enough to get through narrow gaps. Extremely robust.

This is not Musk’s first foray into emergency assistance. In the wake of Hurricane Maria in Puerto Rico, which resulted in devastating power outages, Tesla provided batteries to help keep the lights on.

As Musk’s genius, tenacious team and technology comes to the rescue of the unfortunate boys, one hopes that they break surface safely, and no more lives are lost to this mishap. At the same time, one should hail the genius for always innovating for causes beyond vested interests. Even if this were a branding exercise for Boring, it does not take away from the selfless dedication of Musk’s team.