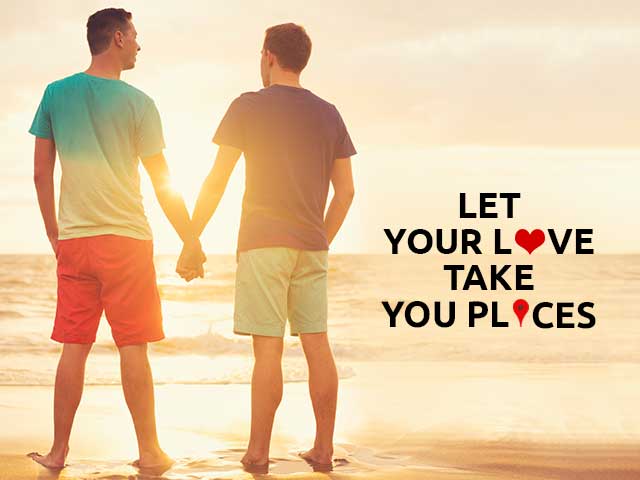 Your sexual preference is something that is intensely private, and no one has a right to point out or ostracize you about. But if it is making you less comfortable at work, or if you feel it is something that can stop you from climbing up that corporate ladder, think again.

If you too are looking for some inspiration, or some cheering up at work, take a look at these leaders around the world who are using their different sexual preferences to bring about some kind of a change in their work place and also in issues that affect others.

If you know the name Mark Zuckerberg from Facebook, then you should also now know about the man who was his roommate while Mark was giving life to Facebook. Interestingly, Chris Hughes was the first person on Facebook who updated his relationship status to ‘married’ on the social networking site in the year 2012. His immense social skills helped develop various features on Facebook. Along with his husband, he has given rise to various social initiatives that are helping many across the world.

When the iPhone X was launched in Australia, Tim Cook helped Apple lend its support to the Yes campaign that was asking for the legalization of same sex marriages in the US. It was also thanks to Tim that during the launch of the new iPhone X, Apple aired its ad known as the ‘First Dance’ that celebrated the beauty of gay marriage.

Parmesh Sahani, who is the head of the Godrej India Culture Lab, is a well-known leader across Yale, TED and other places, and has also shared his beliefs and lent his support to various causes in the form of books that he has authored, very notably ‘Gay Bombay: Globalization, Love and (Be)Longing in Contemporary India’ as well as other pieces that he takes care of through his editorial position at Verve.

The editor-in-chief at HuffPost, Lydia Polgreen, is openly gay, and is responsible for bringing in a complete change in their editorial style, that was earlier criticized, and has been widely appreciated ever since she took over. She strongly believed that HuffPost should be the place where people could start conversations about various important topics, and her vision brought in major improvements in the brand.

These are just some of the bigger stories of people who have overcome any form of prejudice against sexual orientation and made their mark at the work place. The world is opening up, so don’t let it cloud your strength.