HotFridayTalks
Home Work Is It Fine To Take A Sick Leave When You Are Not...

Have you ever dealt with a boss or manager who never allows you a leave? They always have a reason to cancel your leave application, either it is the work load or some other team member is on leave. Does it feel like you are being denied a rightful leave? Or do you have one of the blue days when you just don’t feel like heading to work?

The cliched scene of pretending to have a hoarse voice when you call the boss for a sick leave seem like an easy thing to do. But is this the right thing to do? Should you risk this ethical conundrum when you really need a leave, and the boss denies it?

Firstly, the scene above seems a little juvenile when you realise you are an adult with responsibilities. Secondly, it may not be as easy to call in sick, when you consider that your organisation might have a different policy each for sick leaves and other leaves of absence. If that is the case, it not only means that you are taking a leave, but also utilizing the days available for a real medical emergency.

In small organisations, these sick leaves might be taken on trust. But some organisations ask for a medical note from a doctor to ensure that they are not being fooled. If that is the case, you might be drawn into a messy situation by lying.

Another thing to consider is your justification. Are you taking time off because you don’t want to go to work? If so, that’s not a good enough excuse. But if you have a genuine reason, like a burnout, and need some time off, but the boss is not ready to understand, you might be left with little choice, but to call in sick. And if you are taking off for that reason, that it’s not so much a lie as it is a different kind of sick day.

Shuti Rajpara, Chief Visualiser at Spicetree Design Agency, says, “Once in a while, everyone gets a feeling of calling it sick and relaxing at home, even though they aren’t. This is very much based on the trust level you share with your bosses and seniors. Personally, in my opinion, it is best to speak the truth and share the reason for your absence instead of calling in sick. It is a risky business as one lie leads to another and there will come a point when a person would start doubting your reasoning’s which would lead to unnecessary suspicion and talking behind your back. It is best to state your reasons clear and being honest about your absence instead of calling in sick when you are not.”

Ultimately, it depends on your own judgement. But if you are calling in sick at work when you are not, there should be some real opportunity that makes it worth the lie. 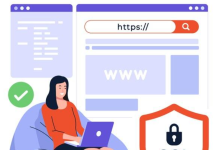 3 Responses If People Are Trying To Take Advantage At Work