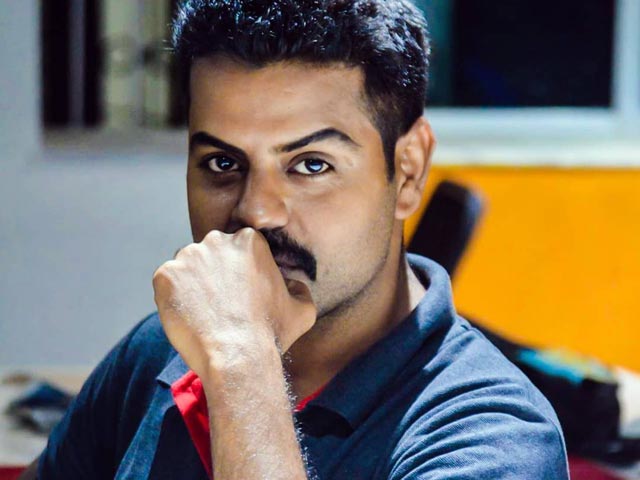 Jay Alani is a paranormal investigator. The twenty eight year old is from Patna and he did not really plan to take up paranormal investigation as a career. It was the turn of events and certain experiences that led him into this. However, despite facing innumerable challenges, Jay never shied away from doing his bit to help those in need and to build a better society.

So do ghosts really exist, or is it our own figment of imagination? When speaking to HotFridayTalks.com, Jay uncovered a lot about the gap between perception and reality.

It is not very common for us to come across people who take up as unconventional a career as being a Paranormal Investigator. So, what made Jay choose this as a career?

“When I was 17 years old, I had seen something in a temple which made me ponder and question about the existence of souls and ghostly spirits. This temple was in Rajasthan, where exorcisms would be done. When we reached it was almost evening and I noticed some priests were dragging some women held by their hair towards the shrine of the temple. The women were being brutally beaten and tortured and several mantras were being shouted at them. They were crying out of pain and were begging to be released. This scenario was so shocking for me, it shook me to the core. That entire night I could not sleep. The same questions were arising within me about the existence of paranormal life and I was determined that I need a definite answer to them. So, since then I started reading and researching about this and got involved into this completely.” Jay says.

Jay also added, “I did not even know what was the term used to describe people like me in this profession. I guess it was in 2009 or 2010, when there was a TV series named Haunting in Discovery Channel. When I saw that, I got to know, that this can be taken up as a profession too and people in this profession are called Paranormal Investigators. As an Indian I knew about Tantriks and Ojhas, but I discovered that paranormal investigators have a larger aim.”

"I have found so much beauty in the dark as I have a lot of beauty in the light" Keep calm and Investigate the Paranormal! #paranormal #investigator #paranormalreality #photography #dailypost #post #daily #jayalani #jay #alani #instagood #insta #followme #likeit #canon #throwback #sunday

In an age, where science and technology have progressed to a point where we can command a robot to do our daily chores for us, do people still believe in such things?

This is what Jay says – “Whether they admit it or not they believe in paranormal existence assume that such things are there. However, the way science and technology is evolving, there has been a benefit out of it. There is a particular lobby of people, who want to pay attention on logic and not on magic. I feel these are the people, who are my target audience. May be these are the people who would understand me, so that we may be able to bring about a change in the way these things are perceived.”

“I don’t really know, or rather none of us know whether God or ghosts exist, but I certainly know this, that they don’t exist the way we perceive them to be. So, the problem lies in our perception. A witch clad in a white saree does not roam in the streets, we don’t find beheaded kids walking in the forests, and witches with inverted legs don’t hang from trees, when you dream of monsters with large teeth… these things never happen in reality. Even if something like that exists, just like God has created so many wonders in the world in our nature, maybe he has also created a world for life after death, but that parallel world is not like what we assume them to be.” Jay reinforced.

Jay added that, “My problem, however, is not with the existence, but with the fear. What is the reason for which we are afraid? Are we afraid of the existence of ghosts, or are we afraid of losing our lives? And this fear gets injected into us from our very childhood. In almost every Indian home, we find parents scaring kids to eat or sleep otherwise a monster or a witch is going to appear. This kind of fear that is fed into us from a tender age plays a crucial role in increasing our superstitions and unfounded beliefs. It does not make a difference, whether they exist, but it’s important to know what the reality is.”

Jay, however, is happy that, “in the span of 8-9 years of my career, I can say that these days, it has become a little bit easier for me to explain things to people. Even if it’s a 1% margin, that’s a positive sign and I hope with days to come, it will get easier for me to make people believe and understand.”

Jay is thankful to the progress of science and technology and he says, “Progress in science and technology has a really big and important role to play in my job. I never say that there’s any super-power in me to see or sense supernatural or paranormal things. Neither do I have the ability to change peoples’ lives. I am just a normal human being like anyone else.

There have been cases like the Burari Deaths last year, which was based on blind faith and there have been other similar cases too. In the past 10 years, almost 2100 women have been killed claiming that they are witches. Who are we to decide whether a woman is a witch? We often hear of such treatment to women, but do we ever get to hear about a Man being killed saying that he is a monster? When a woman performs some unusual ritual, she is stamped as a witch and burnt to death, but the same ritual when performed by a man, he is termed a tantrik or some baba. So, that’s the level of hypocrisy that still exists in our country and even in blind faith we do not treat men and women equally.

With new gadgets and cameras being invented every other day, these help me a lot in collecting evidences, so that I can present those evidences and make people believe that their way of thinking is wrong.”

Like every other individual who have faced challenges while pursuing an unconventional profession, Jay has gone through and is still going through several challenges. Here’s what he shared:

“I did not face many challenges as far as my family is concerned. I have always received support from my parents for whatever profession I want to take up in my life. Obviously, every parent wishes to see their kid financially stable, and for them this is more like a hobby than a profession. So, I have also taken up a stable profession, I am a media professional too.

When society is concerned, there are a lot of people who don’t really understand what I do. They feel I am somewhat a seeker of ghosts and spirits. It is rather a very common phenomenon that whenever someone wishes to take up an unconventional career our society always speaks against the person initially, because they have no idea about what it is. I am right now the only person in this profession, so it’s more difficult for me. I get to listen to abuses and things from the society, for the profession which I wish to proceed with.

At times I do feel lonely and depressed thinking that even I could have taken up a mainstream, conventional career like others, but the next moment certain cases flash on my mind and I feel how there are so many people out there with paranormal disorders, who need to be listened to. Whether it’s a paranormal association or not, when some person is having some vision, maybe he’s not is a normal mental state for you, but for that person it’s his reality. And when a person goes through a paranormal encounter, he or she goes through an emotional trauma which we need to understand.”

Jay’s words thus proves that the work of a paranormal investigator is not to drive away evil spirits from places, but to first help out people who are in need, because they are drowned in blind faith and wrong perceptions. 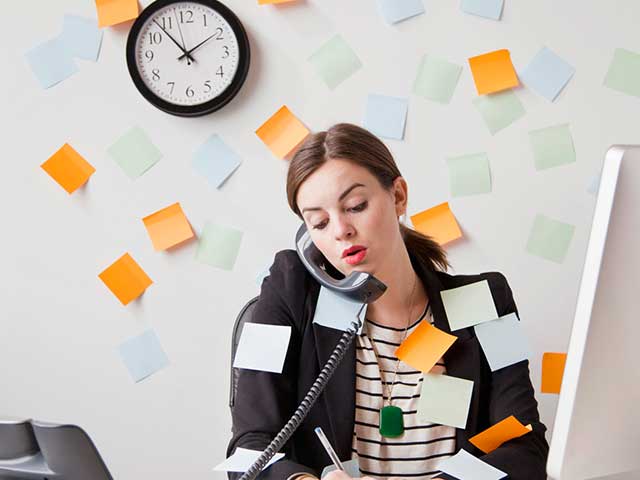 How To Stay Focussed If You Are Multitasking