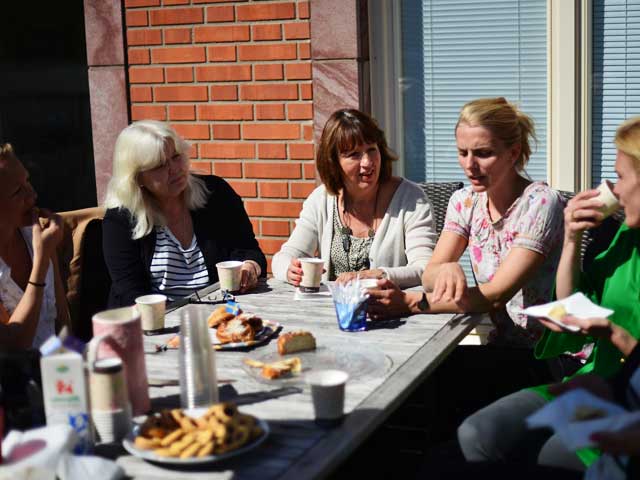 Fika is derived from the Swedish word for coffee (kaffe), a national obsession for the world’s third-largest coffee drinking nation. Unlike the American-style caffeine jolt, the Swedish coffee break is a moment to literally leave work behind.

Taken first around 10am and then at 3pm, it’s not a strategy for multi-tasking, or for fitting in another mini-meeting; it’s a chance to relax in the company of colleagues. The longstanding Swedish social ritual doesn’t necessarily even have to involve coffee, the key is to pause your day.

In India, we often take chai and sutta breaks with our colleagues. We step out of the cubicle, invite our colleagues, gather them around and head out. This becomes an office ritual. But in Sweden it acquires another gravity as a tradition.

In 2010, a Grant Thornton study found that Swedish workers were the least stressed worldwide, perhaps in part because Swedish companies are experimenting with the six-hour work day and made fika mandatory.

Linkoping University professor Viveka Adelsward has studied the history of Swedish social rituals and says breaks like fika may actually boost productivity. Adelsward suggests that these informal coffee breaks break down barriers in the office. Those moments of closeness may also let colleagues feel freer to explain or contextualize how they’re acting in the office that day.

Like the propinquity effect that Steve Jobs hoped to create by reshuffling departments at Pixar, fika is also thought to encourage creativity.

Satwik Gururaj, who has worked in the Department of Engineering at the Uppsala University in Sweden, says “Fika is more like our Chai pe Charcha. We used to discuss all ongoing research and shortcomings therein. It was a productive interaction with all colleagues. We used to have coffee with a cinnamon bun called kanellbuler in Sweden.”

Furthermore, a recent survey conducted by United Minds showed that when it comes to creative ideas, Fika is of immense importance to Swedish businesses. In fact, the survey shows that only nine per cent of all new ideas were brought up in a traditional meeting environment. Rather, it is during the more relaxed get-togethers of fika where ideas are born.

With so many benefits, Fika seems to be a good answer to increasing productivity and turning those chai breaks in India into something more.

Read Also: The Importance Of Coffee Machine At Work

How To Continue Working In A Toxic Work Environment