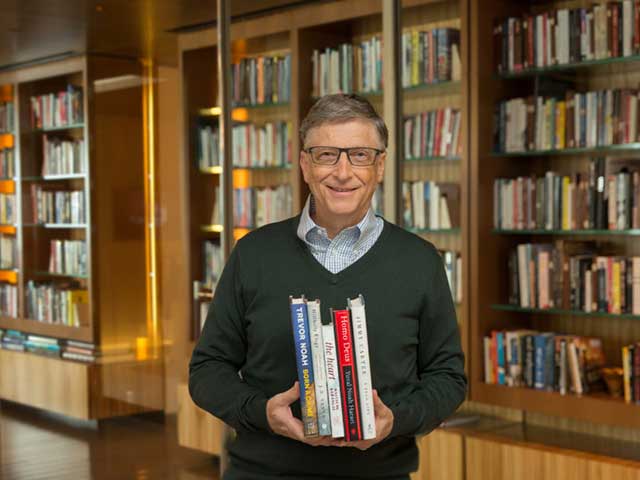 Despite of a successful life and mesmerising career, Bill Gates still finds immense pleasure in books. His annual and mid-year book recommendations inspire many to add those reads to their bucket list. We are excited about the five books that Bill Gates found amazing in 2017.

While he enjoyed the ‘Black Flags: The Rise of ISIS’ by Joby Warrick for an insight into the workings of the group, he also recommended John Green’s new novel, ‘Turtles All the Way Down’, which tells the story of a young woman who tracks down a missing billionaire.

But here are five books that you must read for personal and professional growth.

The Best We Could Do

By Thi Bui, this is a personal tale of struggle and exploration. The author’s family was reduced to a refugee status after fleeing Vietnam in 1978. After she became a mother, she decides to explore the roots of her own family. It will be reverberating to read this amidst the growing refugee crisis among the Rohingyas of Myanmar, not to forget the impending numbers of climate refugees.

Evicted: Poverty and Profit in the American City

Written by Matthew Desmond, this book is a perfect portrayal of a life in poverty. If you want a grounded understanding of what it means to be poor, and what are the compounding factors leading to poverty, this book is a must read.

Believe Me: A Memoir of Love, Death, and Jazz Chickens

Eddie Izzard’s personal story of a difficult childhood and becoming an international star is an inspiring read for anyone to succeed in life.

Viet Thanh Nguyen offers the rare insight from the native country perspective of the Vietnamese war, unlike the usual American discourse. A fiction based on the life of a double-agent spy, and his travesty, it is based in the ground realities of the tragic history of Vietnam.

Energy and Civilization: A History

Vaclav Smil outlines the history of our world as the history of an energy war. A challenging read, it will leave you with a smarter insight and gainful information of the present geopolitical realities.

So, end the year on a high note as you grab some of these highly recommended reads.

Read Also: 7 Books That Are Long Reads But Totally Worth Your Time