We’ve all grown up on a heavy dose of Bollywood songs like Bhang Ke Nashe, or seen those Holi scenes with Amitabh Bachchan dancing (high on bhang) to Khaike Paan Banaras Wala, or Deepika Padukone and Ranbir Kapoor drenched in colour and dancing to Balam Pichkari after a few glasses of bhang! Some of us might have even seen Ek Ke Do Do Ke Chaar after gulping a few glasses of bhang thandai on Holi, like actress Mumtaz did in the song Jai Jai Shiv Shankar!

But we bet most of you didn’t know why bhang is so important during Holi. What is the significance of bhang during Holi? Bhang, a drink made with dried fruits like almonds, pistachios along with sugar, milk and the cannabis plant, plays as important a role as colours during Holi.

While Bollywood movies and Bollywood songs have made bhang drinking famous to a large extent, there are different stories as to why bhang plays such an important part during Holi.The cannabis tree is counted among the five most sacred plants on the planet by the Atharvaveda. We all know about how Lord Shiva loved his cannabis. There is a story about how he became a cannabis lover. It is said that once when he went out into the fields and slept there under a plant. He chewed on a leaf from the plant the next morning, and we all know what happened after that. He got hooked onto the plant so much so, that he was also known as the god of bhang.

The plant then was regarded as a holy plant by all Hindus. They also believed that if they met anyone carrying bhang it was a sign of success, and if one saw the plant in their dreams then it signified prosperity! So some have bhang on Holi as a prasad and good luck.

Another story as to why bhang is had during Holi is that Bhang is known to lift up the spirit and mood of the people celebrating the festival. It helps them let off their guards and have no inhibitions whatsoever, while they enjoy this colourful festival.

Since even a small dose of bhang can lift one’s spirits, some experts also regard bhang as a source of joy and regard it as a medicine for people who are stressed or always worried. It is also considered as a medicine to cure the nervous system and various other illnesses. Bhang also cures sunstroke and helps aid digestion, probably another reason why people drink bhang on Holi as they are out in the open enjoying playing with colours and binging on delicious food, especially cooked during Holi! Bhang takes care of indigestion and sunstroke and heat stroke after all!

Since everyone wants to be in a happy state of mind and have no stress, what better way than bhang for a stress free time with family and friends? It also helps relieve pain after hours of dancing and playing with water and colours.

Bhang is served in different forms besides the thandai during Holi, including bhang pakodas and gujiya. Having said that, bhang can be dangerous if consumed in excess. Bhang might have religious significance and health benefits BUT that does not mean it is a medicine. People with high blood pressure and heart diseases especially should avoid it.

If you do plan to have bhang this Holi, it’s a good idea to first fill your stomach with some food and only then have it. It’s also advisable to have it in the right quantity and not overdo it.

Have a safe Holi…Happy Holi to all our readers! 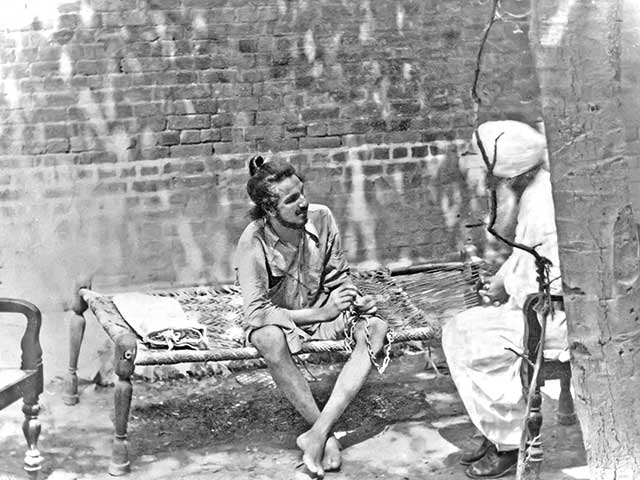 Why Shaheed Bhagat Singh’s Ideas Are As Relevant Now As They...