HotFridayTalks
Home Travel This Hotel In San Diego Lets You Experience Life In A Real... 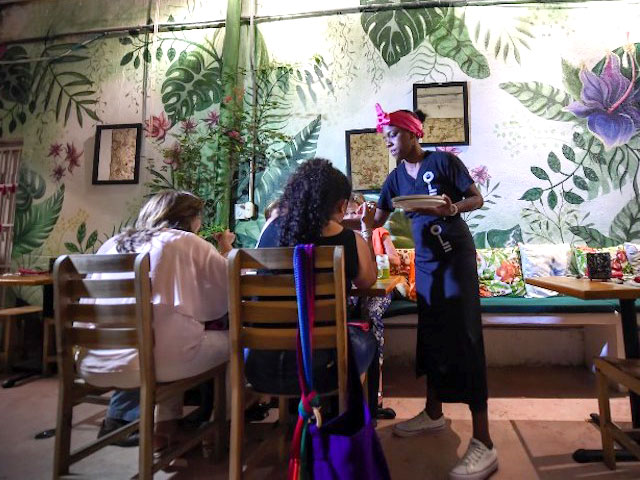 All those who loved gorging on Orange Is The New Black may now have a chance to experience some of the drama for real.

Conrad Cartagena, which opened to guests in the later part of 2017, has started offering its guests a really unique experience.

As part of one of their programs which aims at giving guests a flavour of what is going on locally around them and to let them take part in local experiences, the guests at the hotel can now get the chance to dine inside a women’s prison in the neighbourhood.

The Entire Idea Was Put Together By The Women Inmates Themselves!

Looks like these ladies are doing a lot of smart thinking and planning while spending time inside, as the entire concept for the restaurant and this unique dining offer was first conceptualized, designed and planned entirely by the female prisoners in the prison. These women are also part of the kitchen and the front-of-house service team and this collaboration will help to empower the female inmates in this prison and help to bring them back in society again, once their term is over.

You Will Be Helping The Inmates

Well, you may not be able to physically help out the inmates, but whatever money you spend by eating at this restaurant, the proceeds will be directly donated to fund various initiatives that will help to improve the quality of life for the prisoners inside the jail.

Be Prepared For A Gastronomical Menu

If you thought the food at the restaurant would be as bland as what ‘jail food’ is generally supposed to be like, you are absolutely wrong.

The menu boasts of some heavy duty names such as fresh Caribbean seafood, fried yucca with beef, mint salsa, rice pudding, coconut lemonade. In fact, the entire meal has been planned as per the theme of ‘Colombian grandmother comfort food’ which is aimed at giving you the feel of local home style foods and is supervised by a local chef.

When you participate in this Stay Inspired program, you also get a chance to travel through the city’s streets and experience the life and culture around, hop around the city’s top bars and also sample some local flavour.

Read Also: 5 Travel Hacks That Will Let You Save Money!

Traveling With Your Lover In India? Unmarried? Here’s How You Can...