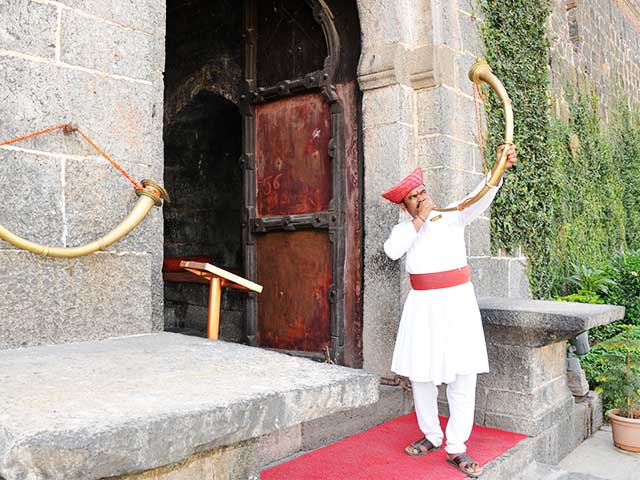 Pune is surrounded by the Sahyadri mountains, and the forts that reflect the rich Maratha history. Many of us must have trekked to Sinhgad, Panhala, Torna, Rajgad, and other hill forts. While trekking is a great joy to those with an adventurous inclination, did you know you could stay like a royal in the 300-year-old Jadhavgarh, very close to Pune.

The Jadhavgadh Fort is a magnificent structure created by Pilaji Jadhav Rao, the Maratha general of the Chhatrapati Shahuji, Shivaji’s son. The fort has witnessed a series of battles and defeats by the British in the 19th century, which led to the collapse of the Maratha Empire. The rich heritage of the fort is full of legends and stories of royal Maratha culture and history.

The art and the architecture have a Maratha style to it which creates a memorable experience for the visitors. The armour of spikes on the main entrance, the rock stair ways and the stone balconies are a relief from the bare cement structures of the city.

The fort also holds a number of dungeons used to store grains and as an escape route during those tumulus times. Some even housed prisoners of war. Four of these enigmatic dungeons have been traced and restored. It is believed that one of the dungeons could have been a secret pathway that Pilaji Jadhavrao and his men used in times of crisis.

The Aai museum within the fort has a rich repository of Maratha artefacts that hold stories from centuries. The Jadhavgadh Fort has showcases of the amazing Maratha martial art known as Mardani Khel. This art is passed on through several generations to these performers.

The fort was divided into the outer walled area and an inner structure where the women folk resided. This area was also utilized for rain water harvesting. Built for practical purposes, with the passing of time, the fort has become a salvation for those seeking some peaceful time within its rampant walls.

You can explore the surrounding of the fort on short trekking expeditions. The region is residence to many species of flora and fauna of the deciduous forest.

Jadhavgad fort is an hour’s drive from Pune, and can be arrived at taking the exit near Dive Ghat on the Expressway.

So, plan a weekend at Jadhavgad to live like a Maratha royalty.

Read Also: A Fort Within A Fort, Malhargad Is A Great Destination For History Buffs 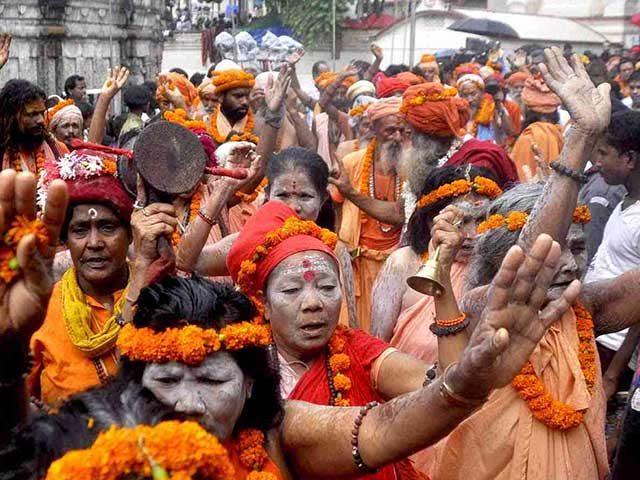 Did You Know Of The Festival In Assam That Celebrates The...