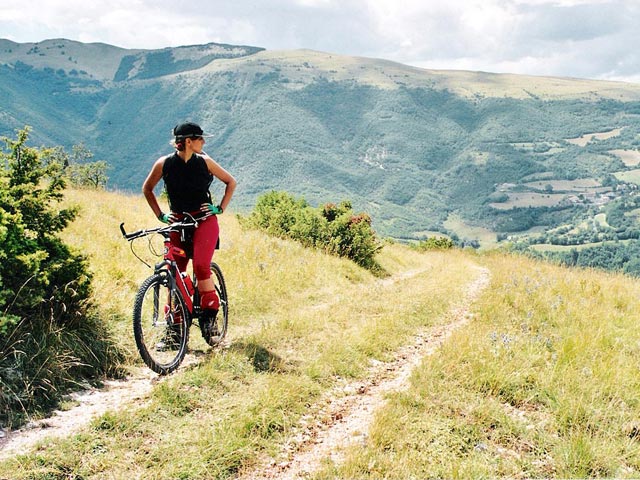 Darjeeling with its rolling hills, and misty villages, remains on the bucket list of many travellers. And now there is one more reason to visit this mountainous paradise.

Beginning this year, the district inaugurated a 20-km cycling trail in the Senchal Wildlife Sanctuary. The path is closed to cars and motorbikes, and is a rare opportunity for the country’s growing population of bike lovers.

The trail weaves its way through thick pine forests and numerous panoramic vistas, from the main entrance of the Senchal Sanctuary at Jorbangla to the state tourism guesthouse in the tiny hillside village of Chatakpur, inside the park.

And the route is easy enough, even for novice cyclists. You will be refreshed with chai and hot meals at the guesthouse. You could also decide to stay on there, to explore the wildlife sanctuary.

Senchal Wildlife Sanctuary is one of India’s oldest protected areas, having been declared a sanctuary in 1915. Its forests abound in wild boar, rabbits, and barking deer. Some have even reported sightings of the Himalayan bears and leopards.

You will come across some of the best mountain vistas on the trail. For instance, you can spot the third highest mountain of the world, Kanchenjunga from a point. The crisp air, the pine covered trail and the absence of other traffic will give you wings on a bike.

The cycling path is open throughout the year. It is better to complete the route in daylight, before sunset and after sunrise, as the trail passes through virgin forest land. The cycling trail has been made friendlier with signs and bike racks.

The usual costing of renting a bicycle in Darjeeling is INR 800 per day.. You will have to buy the cycling permits at the gate, and you could easily cycle there from Darjeeling. It is a ride of 30 mins. But you must know that outside food is not allowed once you reach the gates of the sanctuary.

So, get some practise and head to Darjeeling to try the new cycling trail in Senchal.

Read Also: 5 Best Cities In The World For Cycling

The Best Off The Tourist Trail African National Parks