HotFridayTalks
Home Travel Do You Know Why It Makes Sense To Sleep At The Airport? 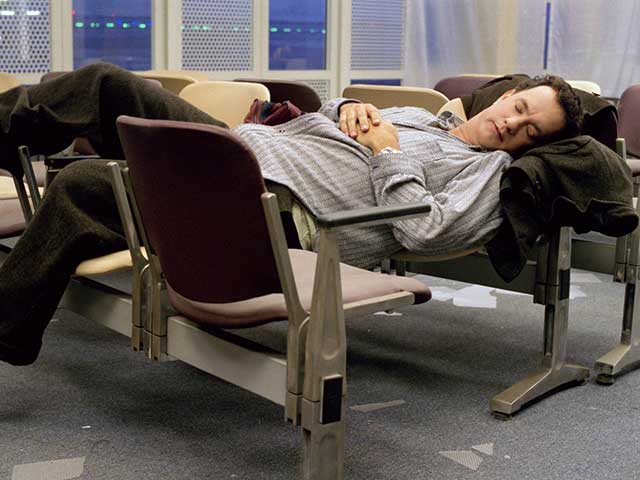 Tom Hanks did it in the movie The Terminal, and though his reasons may be entirely different, there is plenty of reason why it may actually make sense for you to sleep at the airport, whether it is in between a connecting flight schedule, or before or after a particular flight.

I have slept at airports a lot, and most of the time, it was because I wanted to save the money on the ticket and ended up on flights that reached the destination too late at night, at an hour when I didn’t want to take a cab alone.

Yet another time, I reached early and slept at an airport in Europe, purely because I didn’t see any sense in spending money on just a few hours of hotel stay.

Remember that you will have to make do with barely any amenities, so the best way to make yourself comfortable is to carry a light shawl that you can cover yourself up with, since airport waiting areas can get cold, and also a travel pillow to save your head and shoulders on the hard chair arms.

2. Carry Some Snacks Or Stock Up

You’ll find plenty of food outlets at the airport, but why spend the money or settle in for the airport food when you can carry some of your own? This is purely optional and if you aren’t in the mood, feel free to rely on the food you’ll get there. You should also stock up on your food supplies before the food and water stores shut down to avoid hunger pangs later.

A few more tips that can help is to sleep in an area that is directly under a CCTV camera and is safer, and reaching the place a little in advance, as others might also have this brilliant idea as you do.

Read Also: What To Do When Your Luggage Is Missing At The Airport

10 Things You Need To Remember When You Go Trekking In...