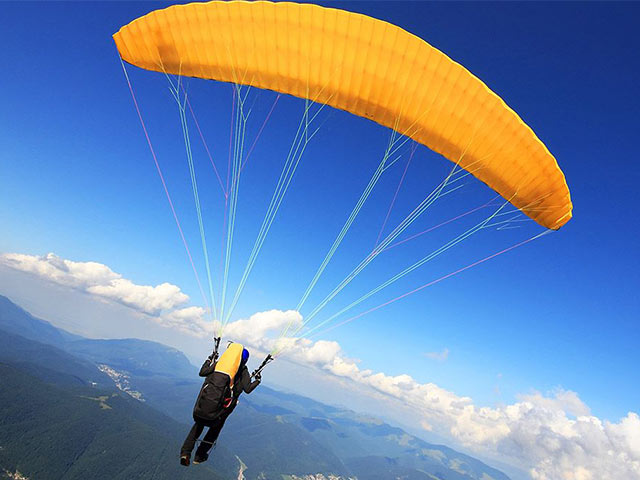 If you are upset about paragliding being banned in Uttarakhand, then you might cheer up. There are many other places in India where you can go paragliding. It is true that Uttarakhand has some of the exotic destinations when it comes to paragliding, but there are other places that will not disappoint you. Try them for a worth remembering paragliding experience.

If you go to Kamshet during the paragliding season you will see colourful ribbons flying across the sky. Those are the paragliders who are enjoying scenic beauty while afloat. The valleys and town is what you can see from the top as you glide through the air. Kamshet is a popular paragliding destination, which is being frequented by a number of people living in and around Mumbai and Pune, besides some tourists from other provinces. Kamshet gets around 200-250 tourists everyday who are interested in paragliding.

Nandi Hills is a very popular destinations among the youths staying in Bangalore. The hillocks are at an altitude of around 1478 metres. Paragliding is one of the adventure activities that attracts those who are seeking an adrenaline rush. The pleasant weather all through the year is also a reason why this place attracts so many adventure sports enthusiasts everyday.

Yelagiri is a lovely destination to go paragliding in. The lush green valleys with vegetation is a beautiful sight to relish from the top. In 2009 and 2010 Yelagiri help a paragliding festival which was an instant hit with adventure sports enthusiast. Still, the festival had to stop for infrastructural reasons. However, the authorities are working to resume the festival again with proper infrastructure

Paragliding at the Arambol Beach in Goa is a breath-taking experience. What better an experience could one have than to enjoy the vastness of the sea from the top? While most paragliding destinations are based in the hills, Goa is the one that breaks the vanilla by offering a view of the sea, and the coastline.

Some lesser frequented paragliding destinations are Sikkim, Shillong (Meghalaya), and Panchgani. But none of the destinations lack behind when it comes to laying a fantabulous view beneath you.

Five Essentials For Your Winter Trek