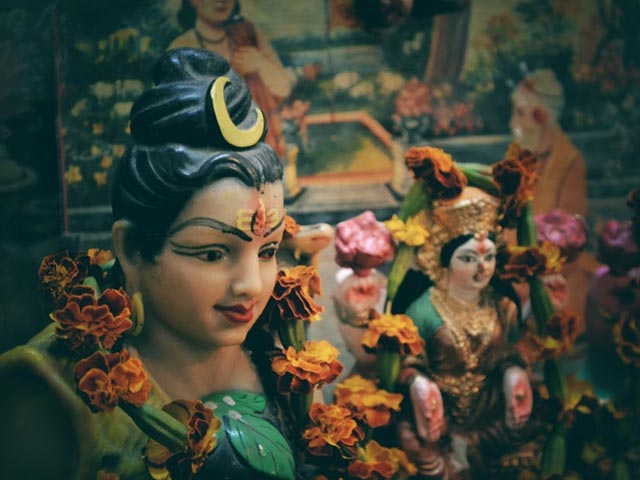 India has been celebrated and feted as the land of festivities and celebrations. The temples of India are an integral part of our rich history and cultural heritage. Most of these temples celebrate the god they worship in special and significant ways. Here are 5 temple festivals worth visiting in India.

Celebrated in the months of March-April, the two-day long festival is held at the ‘Elankavu Bhagavathy Temple’ in the Kottayam district of Kerala. The festival is celebrated as a welcome ceremony of a goddess of Kodungalloor who comes to meet her sister every year. The temple has Goddess Bhagavathy as its presiding deity. The highlight of the celebrations is a vibrantly decked up and illuminated replica of a temple drifting across the waters accompanied by an entourage of brilliantly decorated small canoes with the temple percussion music resounding in the background. This soul-stirring procession starts from Attuvela kadavu, 2 km away from the temple.

The Rath Yatra At Puri

The Festival of Chariots of Lord Jagannatha, held every year at Puri in Odisha is perhaps the most famous and most grand spectacle, maybe second only to the Kumbh Mela. The Rath Yatra’s symbolic significance is that of a festival of renewal that announces the monsoon – in June-July. The 10-day Rath Yatra takes Lord Jagannath on his annual visit to the temple of Gundicha Mata nearby. Uncountable pilgrims come to Puri during the festival with a desire to help pull the chariot of Lord Jagannath with ropes. Prior to this, the idols of Jagannath, Balram and Subhadra are brought out and given a ritual on a pedestal known as the snanamandap amidst rituals and shouts of ‘Jai Jagannath’ and ‘Haribol’ and the magical echo of conch shells. This ceremonial bath discolours the paint on the wooden deities, so no one but the head priest is permitted to see and pay homage for a fortnight – the Anavasara period. During these 15 days, the images are re-painted and brought to the Ratnavedi or the main platform for the devotees for ‘darshan’. This ceremony is called Netrotsava. The main journey of the Rath Yatra involves the large idols of Lord Jagannath, Balram and Subhadra to be transported from the temple, each on their own chariot, every year, where: Jagannath’s chariot, Nandighosha is a 35 feet square, rising to a height of 45 feet, with 16 wheels, 7 feet in diameter and is yellow in colour. Balram’s chariot is called Taladhvaja, is blue in colour and has 14 wheels. Subhadra’s chariot is the smallest, with 12 wheels and is called Devadalan. . They are confined to a solitary abode in Gundicha Bari for a fortnight where they undergo treatment, are offered special Ayurvedic medicine and a special ‘liquid diet’ called sarapana. After a week’s rest, they are taken back to the temple at Puri. This return yatra or Bahuda Yatra begins on the ‘Ashadha Sukla Dasami’, the 10th day of the bright fortnight of Ashadha (June-July). On the Ratha Yatra day, temple staff and congregational members cook enormous quantities of foodstuffs, and everyone gets to enjoy as much Mahaprasadam as they care to consume. The Rath Yatra has been proclaimed a “state festival”.

This is one of the oldest festivals of Karnataka and is held every year for nine days in Bangalore. This festival is an accolade to great Goddess Draupadi. On the last day, the chosen man of the Tigala community is dressed in a feminine attire to represent Draupadi and carries the pyramidal floral structure on his head without touching it. Bare-chested men hit their chests with swords and dance bare-foot over the live charcoals. The Tigalas believe that towards the end of the Mahabharata, the Pandavas were shown a glimpse of hell, one last demon, Tripurasura was alive. This is when Draupadi, the wife of the Pandavas, took on the form of Shakti and created an army of warriors that defeated the demon. These warriors asked Shakti/ Draupadi to stay back with them. While she couldn’t do that, she promised to come back to stay with them during the first full moon of the first month of the Hindu calendar every year. The Tigalas are considered as heirs of this community of soldiers. This colourful extravaganza is definitely a must-experience.

The famous Kaila Devi Fair is celebrated in the “Kaila Devi Temple” in Karauli district of Rajasthan during months of March-April. During the fair, prayers are offered to Devi Kaila who is the presiding deity of the temple. The fair attracts many pilgrims from other states – Uttar Pradesh, Madhya Pradesh , Punjab , Delhi and Haryana – who offer cash, coconuts, kajal (kohl), tikki (vermilion), bangles and sweets to the goddess. An unusual ritual – ‘Kanak-Dandoti’ – is observed by the devotees whereby they cover a distance of 15 to 20 kms to the temple by lying prostrate and marking lines with their hands in that position, then get up and advance upto the drawn line and again repeating the procedure. Though some devotees do take some rest and eat food in between, but there are some who endure the hunger and exhaustion till they reach the temple. The festival is a brilliant glimpse into the life and valour of the people of the region.

The Ambubachi Mela in Guwahati is celebrated every year during the monsoon season, which happens to fall in around the middle of the month of June. ‘Kamakhya Devi Temple’ in Guwahati, Assam, is the temple dedicated to Goddess Kamakhya who represents Mother Earth. It is believed that the presiding goddess of the temple, Devi Kamakhya, the Mother Shakti, goes through her annual cycle of menstruation during this time stretch. During the duration of this Tantric festival, the doors of the Kamakhya Temple remain closed for three days – symbolic of the belief that Mother Earth becomes unclean for three days. Any kind of farming work is forbidden thence. Daily worships and other religious performances are also stopped during the Mela. After the completion of three days, the doors of the Kamakhya Temple are reopened only after Devi Kamakhya is bathed and the other rituals are executed.

Spread over several days, these festivals are full of elaborate and colourful rituals – grand processions, huge fairs, and musical and dance events. Attendees often book for special sessions to pay obeisance to the deities and bookings are also made for attending the special worship and prayer sessions. Do not hesitate to contact temple authorities for details. 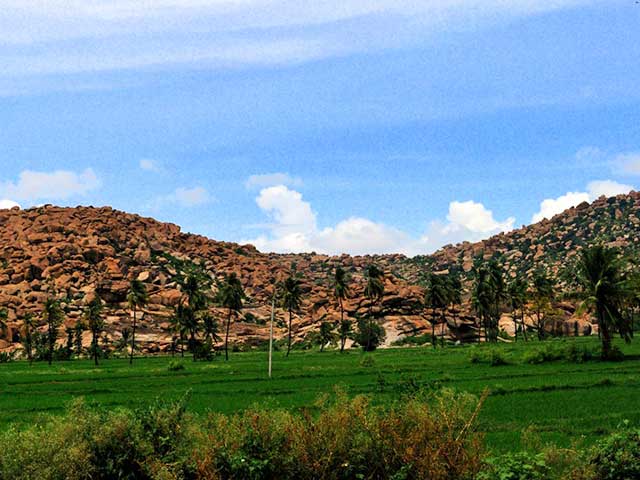 A Treasure Island Near Hampi