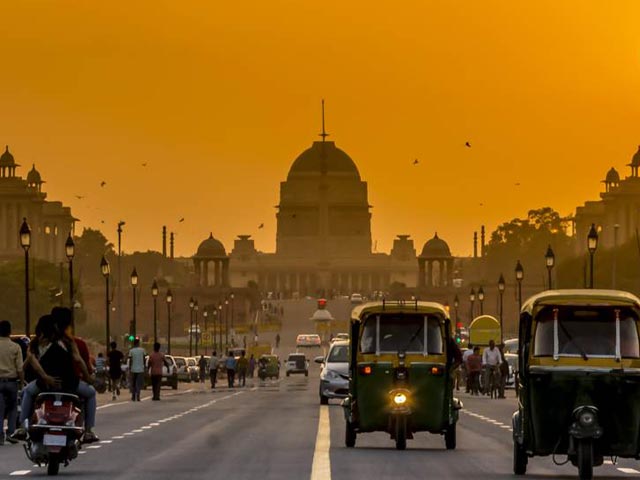 January is that time of the year when major parts of India witness pleasant temperatures. Another key feature is that the country hosts several festivals during this time and it is a great opportunity to take a deeper interest in your hobbies and meet interesting people.

All of these places can be visited on a short-term vacay and hence ideal to start the year.

Here’s looking five places to visit in India during January:

Jawai In Rajasthan Is Known For Its Wildlife Beauty

If views of wilderness are what get you excited then Jawai in Rajasthan is the best place for you. Specifically, in January, the climate in Jawai is extremely pleasant and it also the best place for Leopard spotting. Considering January is the time for migratory birds to move, these make up for great sightseeing in Jawai. You can hire tents for your stay while you enjoy the beauty outside.

Bhubaneswar’s Rajrani Music Festival Is Worth A Visit

If you take interest in classical music, one of the best places to visit at the start of the new year is Bhubaneswar in Odisha for its music festival. The Rajrani music festival is held in the backdrop of the Rajrani temple. The performances start late evening and are a sight in the evening lights of the temple. This music provides you an introduction to India’s rich musical heritage and is a must-visit for fans of classical music. The festival will be hosted this year from 18th to 20th January. Towards the end of the month, for birders and photographers, the city also hosts a Chilka bird festival. Tourists can see several migrant birds at this festival.

For The Holy One In You, Prayagraj Could Be Your Pick

According to the Hindu calendar month, one of the most auspicious time of the year starts from 15th January and is celebrated as the Ardh Kumbh Mela in Prayagraj, Uttar Pradesh. Several people flock there to take a dip into the holy waters at the Sangam to absolve themselves of their sin. It could be a very different spiritual experience for you to take at the start of the year.

Gujarat Is In A Celebratory Spirit This Time Of The Year

The month of January marks the end of the winter solstice and thus on 14th January, according to the Hindu calendar, the festival Makar Sankranti is celebrated. This is also the time people take to fly kites in the skies and especially the state of Gujarat is known for the kite-flying competitions and so on. An international kite festival is also hosted this time of the year. During the festival, kites of all shapes and sizes are seen flying in the sky and there is also a special exhibit of kites from around the world. The festival is currently ongoing and will be on till 14th January.

Jaipur Is A Great Start Of The Year For Readers

The Jaipur Literature Festival is the annual literary festival which takes place in January every year. The festival was started in 2006 and since has been taking place evey year. It brings together a host of authors and professionals from the literary industry together for a dialogue on content, society and the publishing industry. The festival will be commencing on 24th January this year and is a great excuse to look around the city of Jaipur and also attend a few sessions that you may be interested in.

Have You Heard Of Working Vacations In India?