HotFridayTalks
Home Relationships How To Deal With Your Boyfriend’s Annoying Friends?

A new relationship means you get to know more about your partner that you previously did not know, namely, a similarity in interests or a particular behavior of theirs. You might even start engaging with the people he spends most of his time with, like his friends and needless to say, some of them could be really painful to your very existence.

Sometimes there are specific reasons why you don’t like your boyfriend’s friends. It probably may be their drinking habit or maybe their rude behavior against you, whatever. Knowing the problem would help you better the situation.

Tell your partner how you feel

Say it upfront to your partner that you don’t seem to fit well with his friends. This shows that you do want his friends to be a part of your life too if you could know more about them. This would also make your partner feel you are willing to make efforts to work things out.

By convincing your partner’s friends that you mean well and have no intentions of hurting him would probably ease the situation. Sometimes your boyfriend’s friends don’t react rudely out of malice but maybe because they are very protective about him and don’t want you to hurt him. Clearing things out would help his friends be more understanding and receptive towards you.

Don’t be too jealous

It is obviously normal of you to want the whole of your man’s time but don’t lash out and react too much when he shares it with his friends. We all remember how Neha in the Bollywood movie “Pyaar Ka Punchnama” reacted when Rajat spent time with his friends. But her behavior was far too annoying, for all. Appreciate the fact that you’ve found someone everyone wants to spend time with.

Get to know his friends

Try getting to know his friends and hear him out when he talks about them. You could even invite them over and try hanging out with them. Initially it won’t be very informative a meet because they will just be adjusting to you but eventually they will feel comfortable around you. Make an effort to connect.

Invite your friends along

Sometimes when you feel left out and unattended while you are out with your boyfriend’s friends, you could invite a few of your friends as well.

If you feel too stressed being around your boyfriend’s friends, simply decline the offer of hanging out with them and politely explain the situation to him.

Don’t let it affect your relationship

Most importantly, do not let his friends affect your relationship with him and change your views about him.

Debbie behaved badly, when Joseph Mascarenhas’ friends in the movie “Rock On” wanted him to perform in their concert instead of going for his job in the cruise. But when Jo followed his heart, we all know, how in the end things turned to their own benefit. Likewise, it is really normal for you to not like all your friends but do not let it be a problem in your relationship with your partner. Communicating your problems with your significant other can help you sort and normalize stressful situations and you probably would be able to gel well with his friends too!

Read Also: Things Not To Discuss With Your Girlfriend’s Friends Ever 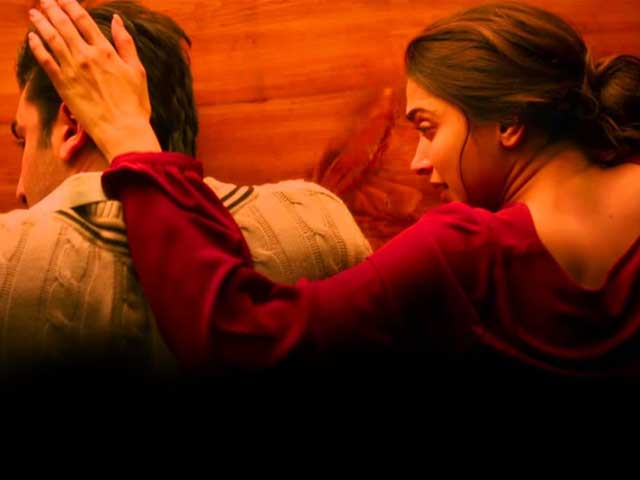 5 Ways You Are Hurting Your Partner Without Realizing