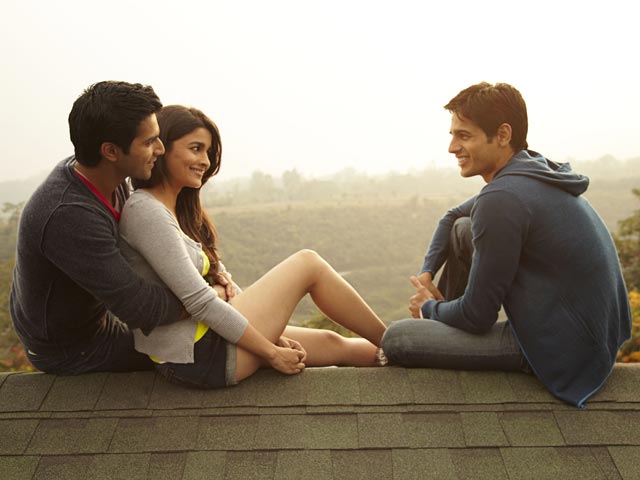 So, one fine Feb morning, you’re blissfully inhaling the winter air soaking the awesomeness of freedom just when the air diseased with love hits you and this happens:

Because no one except your friends loves you, you’re their preferred third wheel. It’s an honor in itself, if you think about it. You get to be a part of a relationship (somewhat) even though you’re actually not. Tagging along with your couple (yes, you read that right) for movies and dinners is the frequent hang-out plan. What’s better than having 24*7-entertainment for free? Boo you Bigg Boss! I personally have a difficult time containing my laughter when my couple ends up in an argument.

Your Wallet Doesn’t Take A Hit

It goes without saying but having to splurge on V-Day has become more of a rule than an option. Imagine having the opportunity to save up a crazy amount of money by not being in a relationship. My personal favorite perk is- ‘not having to share my food with anyone’. This blockbuster package also comes with an exemption for your brain as it is spared from having to wrack itself for a mind blowing idea that nobody under the sun has thought of yet. Who said being single on V-Day sucks?

When you don’t have anyone to accompany you in the acts of making out in the park, in the car, by the seashore or anywhere for that matter, then you’re out of the brutal radar of any anti-valentine organizations or moral policing. In fact, wouldn’t you rather join the “Anti-Valentine’s Day” drive by Bajrang Dal where they ‘counsel’ young couples against celebrating V-Day? (It is a real thing guys, no kidding) #ThingsToDoOn14thFeb or not!

When you’re beyond the ‘people in love are all so annoying’, you actually get to a point where just enjoy how you’re not blinded by all the things that they are. You can see that their partner is manipulating them, but your friend is so blinded by love that even when you tell her she would rather live in denial. That is when you grab the popcorn and watch the roller coaster ride you were once on, from afar.

The constant flow of love, romance and captions on your feed making you want to puke gets slightly more annoying by the minute. We have all been there. Lovers will say ‘Angoor Khatte Hai’ but you’d just rather take the high road by not bursting their bubble. Just when you thought PDA reached its limits, you’d be surprised with yet another mind boggling post by your least favorite couple.

Realizing that your singledom is a plethora of opportunities and a life that you’re free to live by your own rules without having to alter yourself to accommodate someone is what February is all about for all my single buddies!