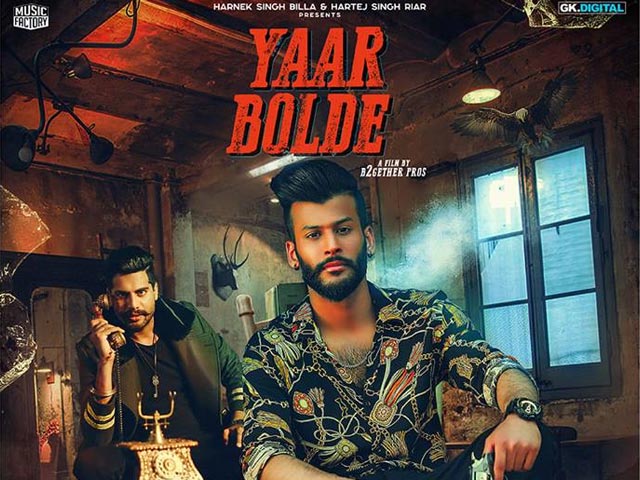 The ones who have spent a considerable amount of time watching Hindi movies in their childhood will know that there is no relationship on earth which is as valuable as friendship. Almost all the movies, the songs, the music videos have propagated friendship as the key to any the beginning of any relationship. Of course, directors like Karan Johar took it a step forward and romanticized it and shaped our childhood, but it is true that good friends are really hard to find and friendship is the most valuable relationship that you can be in.

The latest Punjabi song by Saab Bhangu, titled Yaar Bolde, weaves a timeless tale of friendship amongst three guys, two of whom are goons and the other one is a cop. Now, we do not get to witness a close friendship between goons and cops, but this song has a different tale to tell. The video of the song depicts how the cop proves to be a great friend by covering up for his companions who are nothing but crooks.

The music of the song has been composed by Mofusion and the words of the Yaar Bolde has been penned by Singga. The song has some good music and the lyrics are touchy too for it does recount the values of friendship. It is true that friendship is more expensive than anything which can be bought with all the money in the world.

The video of the song opens with the police searching the place of the goons and the cop, who is their friend hides the gun that he finds in a sack. While that is the sign of a true friend, it is also true that this cop is not entirely honest to his duties as a cop. A series of events follow throughout the course of the song and we see how the cop secretly saves the goons from the clutches of the cop, until one day.

Every man has his conscience and the conscience of this particular cop finally pricks him when his badge his torn by his senior for his unfair conduct. That is when he goes to his friends to recount the whole experience to them. The audience might have expected the goons to be true to their nature and give up on their cop friend, but they did just the opposite.

The ending of the song comes as a pleasant surprise as the goons surrender themselves to the cops and prove that they do not value anything more than their friendship.

An unconventional tale of friendship with a happy ending, Yaar Bolde has grabbed as many as one million views on YouTube and is indeed a song which touches our hearts.

Camila Cabello Opens Her Heart Up In New Song ‘Easy’