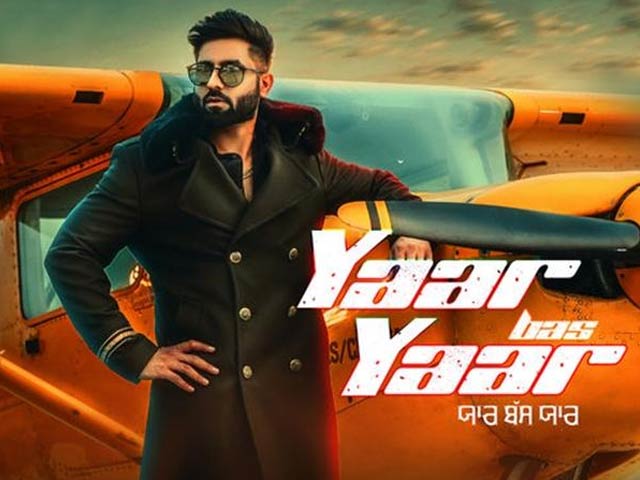 After delivering several Punjabi hits like Lambarghini and Zameer, Harsimran is back with a song called Yaar Bas Yaar. As the name of this track suggests, it acknowledges the strong bond of friendship that is shared between ‘yaars.’

Released by Speed Records, Yaar Bas Yaar from Harsimran also features the talent of Desi Crew, which is handling the music department. The lyrics have been penned by Kabal Saroopwali who is well known for his work in the Punjabi music scene.

In Yaar Bas Yaar, Harsimran has gone the 3 Idiots way in trying to establish the true friendship equation. The kind that is way above everything else, even your girlfriend. That is the point being made through the entire song.

Yaar Bas Yaar has been sung skilfully by him, but the composition itself isn’t all that catchy. The music given by Desi Crew has got your usual Punjabi music video flair and nothing else. There’s nothing new on offer here which is the case with almost every independent Punjabi song these days.

There’s some respite given by the music video which has some healthy humour embedded into it. The four friends portrayed have been together since they were kids, and their interactions during their childhood days are really funny to watch. This adds a little flavour to the otherwise bland affair.

Zameer was Harsimran’s last release which had come out 2 months ago. Released by T-Series Apna Punjab, this video didn’t quite do very well on YouTube. His biggest hit still remains Ghaint Jatti, which was released 2 years ago. This music video has managed to earn 28 million years to date.

Lambarghini is also among the hit songs that Harsimran has given his fans. In this one, he is seen singing praises of this yellow coloured Lamborghini. This video was also put out by T-Series Apna Punjab, and features the music of HeartBeat, with the lyrics having been taken care of by Preet Chak.

Yaar Bas Yaar is currently sitting strong on the Trending page of YouTube India. It has garnered more than 1 million views in two days.

Vijayi Bhava Song From Manikarnika – The Queen Of Jhansi Looks...