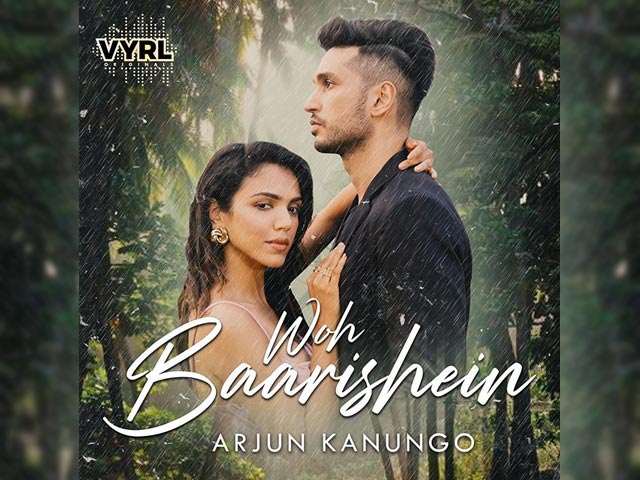 The release of his new song ‘Woh Baarishein’ was being teased by Arjun Kanungo since the last few days via his social channels. And now, the song has finally been released on all major streaming platforms. However, there’s no music video yet. Despite that, we do know that a music video is indeed coming, and it stars Arjun along with Mirzapur star, Shriya Pilgaonkar. There’s no definite date yet, but we’ll let you know when it arrives.

‘Woh Baarishein’ is an excellent ballad that has Arjun in his comfort zone. The intense lyrics allow him to compose the song to his strengths, and his vocals do the rest. The song begins with a violin piece, which lets us know that this is not going to be a happy song. The lyrics talk about how the coming of rains reminds a lover about the happier times he spent with his partner. It has him lamenting the fact that all has ended, yet the rains keep bringing the memories back.

Arjun Kanungo’s rise in the Indian music industry has been phenomenal. His first big break came with the song ‘Khoon Choos Le’ from the film Go Goa Gone, which earned him enough praise for him to start churning out more original tracks. Then came songs like ‘Baaki Baate Peene Baad,’ ‘Gallan Tipsiyaan,’ ‘’Aaya Na Tu’ and ‘La La La’ which really rocked the charts with their arrival.

‘Woh Baarishein’ is yet another highly impressive track from the composer-singer, which looks destined to become a huge hit.

Tere Naal By Jass Manak – The New Hit Of The...