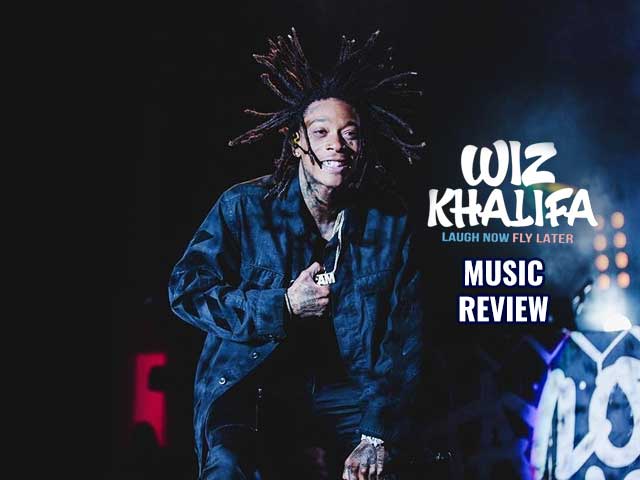 Even as Wiz Khalifa prepares to dish out his much-awaited album Rolling Papers 2, he has released a mixtape titled Laugh Now, Fly Later. It has just one collaboration in the form of Casey Veggies, and the rest of the songs are performed by Wiz alone.

The track that struck me immediately after the first listen was Figure It Out. It’s a nostalgia song that makes use of the kind of music that was prevalent during the 1970s. The lyrics are inspirational, and this song is so good, it should have ideally been reserved for the full album.

The song Royal Highness is slightly jarring to the ears owing to its repetitive hook. The rap portions however pick the song up on most occasions.

The bottom-heavy G-funk brilliance of Long Way to Go has Wiz Khalifa displaying flashes of his old music style. And then comes City of Steel, which is yet another homage to the 1970s soul movement. In the song Letterman Wiz raps on a trap beat before graduating to some really interesting music.

Laugh Now, Fly Later can by no means be described as a feather in the cap of Wiz Khalifa. But on its own, it holds up as an interesting selection of songs. The fact that there’s just one collaboration in this one, tells us that we’re going to see a lot more in the album it precedes.

There’s no timeframe as to when we can expect to see Rolling Papers 2 released, but this mixtape sure has gotten us excited about the same.

Paul McCartney’s Latest Single Fuh You Gets A Video Set In...