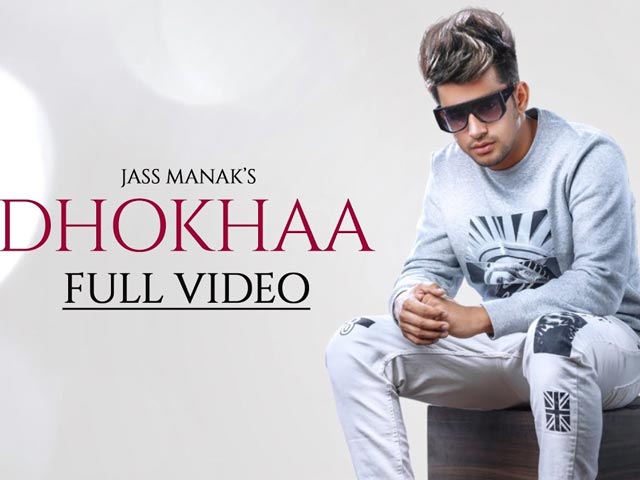 The sound of other languages is music to our ears. That is why perhaps why find songs and poetry written in the foreign tongue to be more appealing than our own. Vibrant and funky Punjabi songs are never going to go out of fashion for us at least. Many Bollywood movies have also made them their own and now it kind of feels weird if there’s not at least one Punjabi song in a hindi movie right? Their melody, their funkyness and the depth of their lyrics (not generalising here because we know how meaningless Punjabi songs can sometimes be) is all that we look for in a song. Starting from popular college fests to house-parties, we secretly crave upbeat Punjabi songs.

Jaspreet Singh Manak is a Punjabi singer who has become a sensation overnight with his famous song Prada. He just released another one called Dhokha in collaboration with Sidhu Moose Wala and we think this duo is perhaps the best thing that’s ever happened to Punjabi music. Sidhu Moose wala needs no introduction. He is a famous lyricist who began his career by writing the lyrics of a song called License and his first film soundtrack was for the film Dakuaan Da Munda and was called Dollar. This duo has come up with a Punjabi track that is a love ballad mourning the pangs of betrayal as the name suggests.

The entire song is in Punjabi and if you aren’t very well acquainted with the language you may face trouble understanding the lyrics. But even if you are alien to Punjabi you have nothing to worry about because at least it sounds good. The music is groovy so it won’t bore you to death unlike other sad songs. It is a heart break song and even when it will make you feel like crying it will also soothe you and comfort you. This song can be very therapeutic. If you are listening to.it for the first time you will like the sound of it. By the third or fourth time you would not be able to stop listening to it.

It is a monologue of a lover who has been betrayed and left by his beloved. The song talks of the love that bloomed between them and how heavily the heartbreak weighs on the lover’s shoulders. In fact that is the central theme of the song (phatt ishq de khaye hoye ne). But does this song have anything new to offer except for the tune? Not really. It is what we have heard time and again in different languages and dialects- love breeds heartbreaks. Even along the lines of the much clichéd heartbreak theme the song is innovative or creative in no way. It is just another funky Punjabi song, beautiful yet heard time and again over the years.

Guru Randhawa Is Back With A Single; Made In India