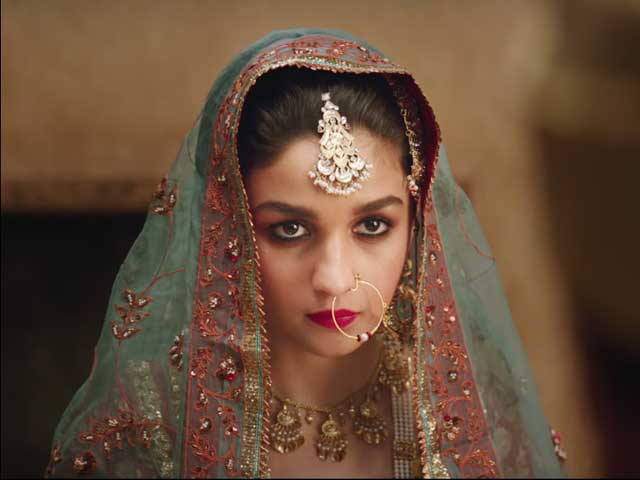 This song from Raazi will be the song you will hear at every ‘bidaa’ function in the future! The song Dilbaro from Raazi which features Alia Bhatt, along with her on-screen parents Rajit Kapoor, and Soni Razdaan(real-life mom too!) is one song that will make every girl weep!

This extremely soulful song has Rajit and Soni see off their daughter Sehmat(Alia) after her wedding as she leaves for her husband’s house. The song talks about the relationship between a father and his daughter, something that all of us girls will absolutely relate to. Because every girl is always and forever daddy’s little girl no matter how old we may grow. The song is sure to tug at your heartstrings.

Alia too seems to have been touched by the song and post the release of the song she wrote on Twitter; “#Dilbaro is a song that made me tear up the first time I heard it.. the lyrics are simple, powerful and just beautiful. Written by the maestro Gulzar Saab. I couldn’t help but think of my father who’s held my hand but also let my fly.. my most special friendship! Love you papa💫.” It really doesn’t matter whether you are one of the most sought-after female celebrity, what matters is that by the end of the day, you are your father’s ‘Dil ka tudka’, don’t you agree?

The song has been sung by Harshdeep Kaur while lyrics have been written by none other than Gulzar and the music has been composed by Shankar, Ehsaan, and Loy. The song even has few Kashmiri couplets which add authenticity to the place the film is based in.

Directed by Meghna Gulzar, Based on Harinder Sikka’s novel, Calling Sehmat.Alia essays the role of a Kashmiri spy who is married to a Pakistani man in the film. The film is set to release on 11 May.