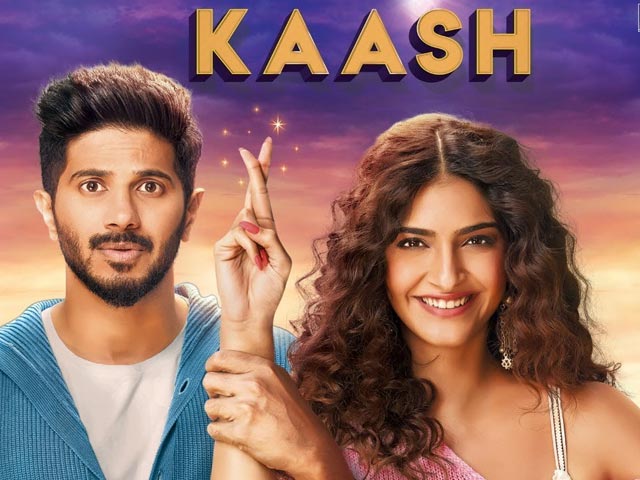 After the release of the film’s first song in the form of ‘Lucky Charm,’ the makers of The Zoya Factor have launched its second track, called ‘Kaash.’ The music video for this Shankar-Ehsaan-Loy composition showcases a blooming romance between the film’s two leads, Sonam Kapoor and Dulquer Salmaan. Arijit Singh and Alyssa Mendonsa have sung this duet, which thinks wishfully about making one’s partner realize what they mean to them.

‘Kaash’ has a highly romantic vibe going for it, thanks to the use of the piano and other soft instruments in its music. Adding to the goodness of the music are Amitabh Bhattacharya’s dreamy lyrics. “Tu agar kaash samajh paaye, mere liye kya hai tu,’ the song asks out loud. This feeling of how lucky one feels to have someone they love is prevalent throughout the rest of the lyrics as well, in lines like, “Meherbaani hai takdeeron ki, jo teri meri raahein yun aa ke mili hain’ and “Ik ret ka sehra hoon main, baarish ki fiza hai tu. Aadha likha ek khat hoon main, aur khat ka pata hai tu.”

The music video starts with Dulquer Salman, who plays the Indian cricket team’s captain, arriving at Sonam Kapoor’s house to run away from the press. The shots then follow them in different situations like ad shoots and Diwali celebrations, where both can be seen falling for each other.

The Zoya Factor is a film based on a 2008 novel of the same name, written by Anuja Chauhan. Anuja herself has contributed to the screen adaptation, with the main screenplay credits going to Neha Rakesh Sharma and Pradhuman Singh. Abhishek Sharma, known for flicks like Tere Bin Laden and Parmanu: The Story of Pokhran, will be directing this one.

The Zoya Factor is slated for a September 20 release in theatres across India.

Jeet Gannguli’s Hindi Songs That Have Touched Our Hearts