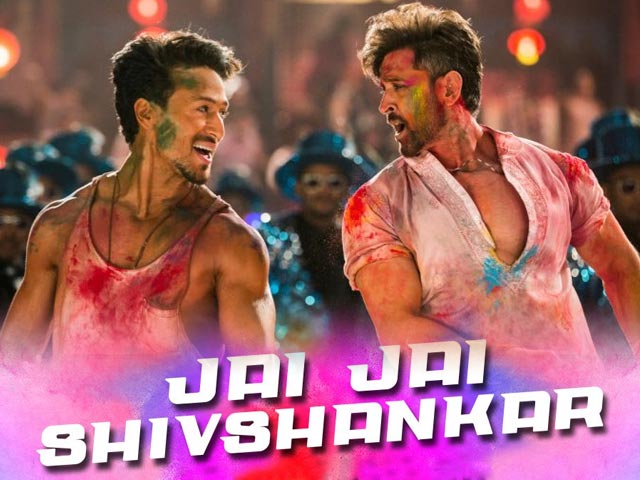 Upcoming Yash Raj film War features two of the best dancers in Bollywood, and a dance-off between the two was probably written even before the rest of the script. ‘Jai Jai Shivshankar’ is that song, and it has both the actors showcasing their killer dance moves during a Holi celebration. Composed by Vishal and Shekhar, this is only the second song from the film’s soundtrack to be released, with the first one having been ‘Ghungroo,’ which is rocking the charts right now.

Despite what the name of the song implies, it’s not a remake of the yesteryear Kishore-Lata classic. The lyrics of this one go, “Jai jai shiv shankar, aaj mood hai bhayankar, rang udne do,” referencing the festival of colours. The video starts with Tiger Shroff performing his trademark athletic dance moves, while Hrithik enters later showing off his moves. In sequences where both are dancing together, it’s clearly evident that Hrithik grabs the eyeballs more effortlessly than Tiger.

As a song though, ‘Jai Jai Shivshankar’ doesn’t quite come off as an earworm. It’s a generic number that doesn’t have anything new to offer. Vishal Dadlani and Benny Dayal have sung it, and have done a good job at it. Kumaar’s lyrics for this track are also pretty ordinary. This is in stark contrast to ‘Ghungroo,’ which has got an excellent synth-pop vibe that makes you want to listen to it again and again.

War, directed by Siddharth Anand, is an action thriller that follows the story of an Indian soldier who is assigned to eliminate his former mentor. Apart from Hrithik Roshan and Tiger Shroff, it also stars Vaani Kapoor, Ashutosh Rana, Dipannita Sharma and Anupriya Goenka.

War is slated to hit theatres this Gandhi Jayanti, in hopes of having a huge opening weekend due to the holiday.