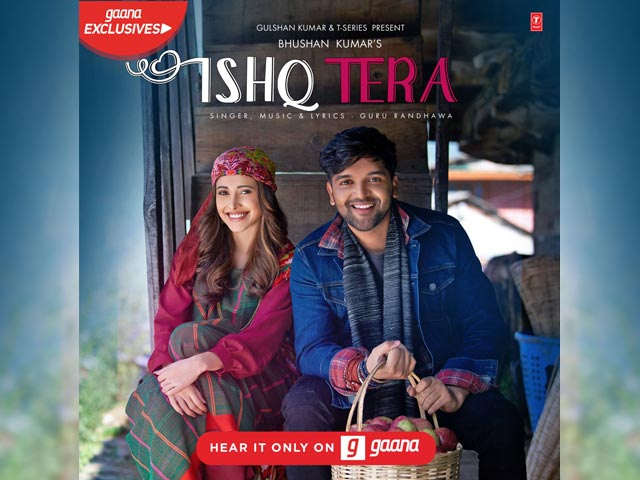 Guru Randhawa is back with a new single titled ‘Ishq Tera,’ the music video of which is out now on the T-Series YouTube channel. This is a romantic track, which is quite a departure from the usual party songs that the singer-composer is used to doling out on a regular basis. He has in fact acted in its music video himself, along with actress Nushrat Bharucha.

‘Ishq Tera’ is a soft and mellow romantic number talking about the kind of feelings that first love evokes. It has of course been written and composed by Guru himself, and it indeed catches onto you when you first listen to it. ‘Ishq Tera’ is a well-composed track that manages to reel you in with its melodic nature. The lyrics however, could have done with some more heft.

Its music video has been shot in picturesque locations in North India, and has Guru playing the role of a tour guide/driver. When Nushrat and her friends arrive at their destination, they ask him to show them around, but Guru immediately falls for Nushrat.

About the song, Guru Randhawa said, “Ishq Tera is a unique song for me as an artist. The song celebrates love and simplicity. For me it’s been a great experience so far. It was nice to shoot with a dear friend Nushrat Bharucha and I believe my fans are going to love this new side of me, which is slightly different from what they’ve seen earlier.”

Bhushan Kumar, the chairman and managing director of T-Series, said “Ishq Tera offers a marked departure for Guru as an artiste. His voice and manner of rendering this song display a subtlety that will be new for Guru’s fans. I was surprised by the way he emotes in this video. He is understated, you will not just fall in love with the new tonality of his voice but his body language and also the way he acts in this one.”

You can watch the music video of Guru Randhawa’s ‘Ishq Tera’ in the space above.