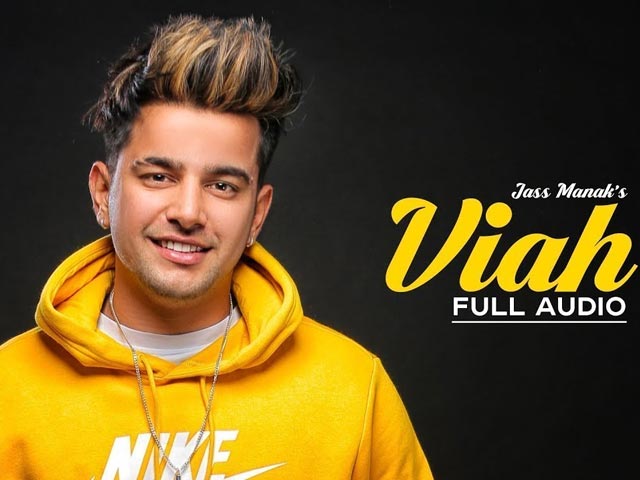 One such incredible talent of Punjabi music is Jass Manak. Jaspreet Singh Manak is a man of many talents. He is not just the fresh voice of Punjabi music world, but he is also a composer and lyricist. The year 2018 was Jass Manak’s year. He gave us back to back rocking and spicy Punjabi tracks like Prada, which hit more than 310 million views on YouTube, Suit Punjabi and Toronto. These songs took the internet by storm and rocked the netizens. While we were getting over the Manak fever, he came up with yet another beautiful track called Viah.

This brand new track by Jass Manak has a soulful aura about itself as it begins with an amazing music which calls to mind the type of music one can never get tired of. It has a soothing touch to it and Manak’s voice is like a cherry on top. This song already boasts of 1.4 million views on YouTube, and it is pretty obvious that this song will reach the zenith of success in no time. The soulful track has been composed by Jass Manak himself and he himself has penned the lyrics of the song. The music of the track has been composed by Snappy.

This is a romantic track and Jass Manak’s mellifluous voice and the impeccable beat of the track keep us hooked to it for a long, long time. This song, Viah is the one from the album Age 19, the video of which has been released by Geet Mp3. This song was released on 19th February, and it is definitely going to be one of the greatest wedding anthems of the year. The music that the song has and the lyrics of the song are apt for any wedding and it is best suited for the Punjabi baaraat.

This incredibly talented 25 year old Punjabi singer has been winning our heart ever since he came to the world of music and with Viah, he seems to have added yet another feather to his cap for this song is sheer bliss. It has some rocking hip hop style music with an underlying soft rock beat, which sets it apart from the other songs. Jass Manak is sure to go a long way and can prove to be a tough competition for his contemporaries. He has shown that a lot can be achieved with true talent and devotion, irrespective of young age.

Welcome The New Year With The Best Year-End Mashups