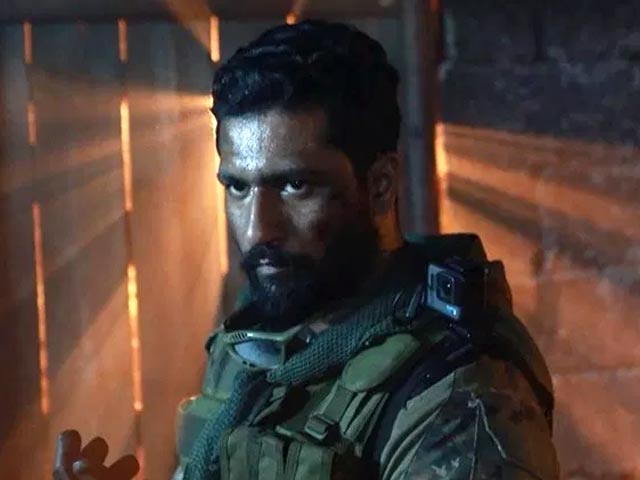 Shashwat Sachdev has composed the entire soundtrack of Uri: The Surgical Strike, making it only his fourth film outing till date. But he has a great track record behind him, in the form of songs composed for Phillauri, Kaalakaandi and Veere Di Wedding. Uri: The Surgical Strike is the first time he gets to grapple with an album that has patriotic shades, and let’s see how his music for this film has panned out.

Challa (Main Lad Jaana) is the first song from the album, and it’s a straight-up metal track that has been fused in the middle with bhangra beats. The bass guitar prominently makes its presence felt throughout the entire song, and so do the drums. A lead solo towards the end brings the song to its crescendo. The Punjabi lyrics of Challa are nothing extraordinary, but the vocals provided by Romy, Vivek Hariharan and Shashwat Sachdev are all in the right vein.

Behe Chala is a much more toned-down song. It’s a thoughtful one-sided conversation with life, where the protagonist pleads to his ‘zindagi,’ with the words “Tere ishaaron pe main chalta raha. Mere ishaaron pe tu bhi chal kabhi.” These lyrics by Raj Shekhar are wonderfully penned, and Shashwat has weaved them into a beautiful melody.

The third song from the album of Uri: The Surgical Strike is Jagga Jiteya. Shashwat Sachdev has gone full electronic on this one. Thumping beats and a rap by Dee MC start off proceedings, and make way for Daler Mehndi’s voice to chime in. It’s definitely a highlight from the album for the sheer amount of energy it packs in.

The next song from the soundtrack is Manzar Hai Ye Naya, an inspirational track sung very well by Shantanu Sudame. The lyrics by Abhiruchi Chand speak about overcoming obstacles and pushing yourself fully into what you believe in. Manzar Hai Ye Naya’s music succeeds in creating the right atmosphere, but its lyrics seem lacking in freshness.

Jigra is the song this album closes with. This is another electric guitar-heavy track. It’s a spirited song, the appeal of which is enhanced by a great vocal performance by Siddharth Basrur. However, Jigra does show similarity to the overall tone adopted by Challa (Main Lad Jaana).

The soundtrack of Uri: The Surgical Strike by Shashwat Sachdev is a pretty neatly composed album. The film, which is scheduled to hit theatres on January 11, will definitely benefit from this music.