HotFridayTalks
Home Music Top Songs From BTS That You Must Listen To If You Like... 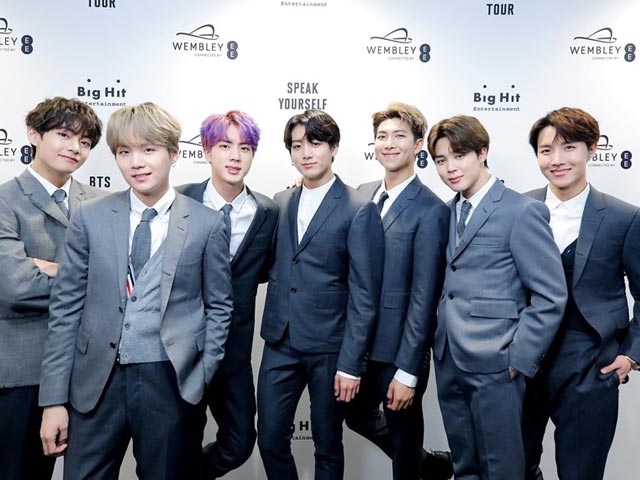 The phenomenon of K-pop took over the world like nothing else a few years ago, and a seven-member South Korean boy band called BTS is maintaining its legacy with all their heart. Their popularity on YouTube knows no bounds, while their records are being sold like hotcakes in almost every region of the word. The members of BTS create Beatles-like euphoria wherever they go. Today, we’ve decided to give you a playlist of some of their best songs, so let’s get going with it.

This song will impress you as much with its music as it will with its music video. It’s a neatly crafted hip-hop/R&B track that makes you want to keep listening to it on loop.

Fire creates an energetic atmosphere right from the start. All members of the band are at their spirited best in its music video, which has been shot incredibly well by Lumpens and GDW.

In 2018, Billboard ranked Blood Sweat & Tears at number 16 on their list of the 100 Greatest Boy Band Songs of All Time. The song is an excellent example of what BTS is capable of doing with their music.

This music video may look like it’s shot in one take, but it’s actually expertly crafted in a way that it makes it seem so. Dope is one of BTS’s finest vocal performances, while the video too is spectacular.

Spring Day is a sad yet beautiful song. It’s got an excellent chord progression which acts as its backbone, while the vocal performances from the boys really make you want to listen to it again and again.

On the day it was released, Boy In Luv’s music video became the most viewed online music video in 24 hours, garnering over 74 million views within its first day of release. It’s a remarkable song solely for the amount of energy that’s packed in it.

Released back in 2016, Save Me is a very simple music video that’s made extra special by the dance performance of the band. It has been choreographed by The Quick Style Crew, and just in case you’re wondering, this video has indeed been captured in one take.

Those are all the songs you need to get a refresher on the music phenomenon that BTS is.

Snapchat Could Soon Get Support For Music Clips