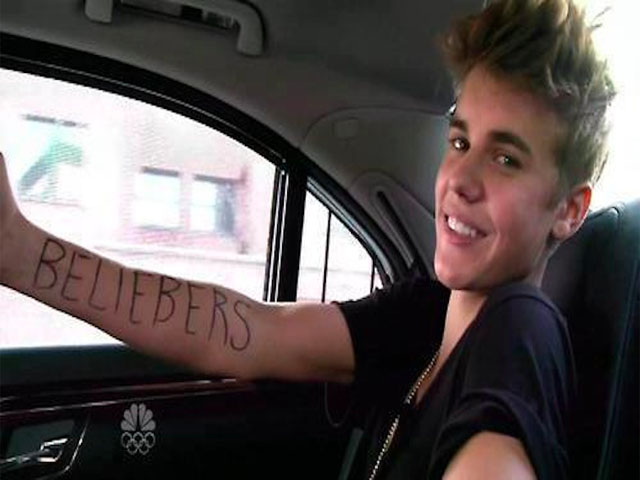 Justin Bieber gained popularity from Youtube where a talent manager found his songs in 2008 and signed him with Raymond Braund Media Group (RBMG), a media recording company. He became the first artist to have seven songs from a debut record on the Billboard Hot 100. He has sold an estimated 140 million records, making him one of the world’s best selling music artists. Bieber also became the first artist to surpass 10 billion video views on Vevo. Let’s take a peek-a-boo and listen to Justin Bieber’s all-time most loved and best songs till date.

Where Are U Now (Artists: Skrillex and Diplo)

The work with Jack Ü helped solidify Bieber’s new sound as a young pop star. This song is more grown-up, but it’s still got that sheen of candy-colored fantasy. The pitched-up vocal line in the hook is instantly recognizable and was certainly a game changer in the pop and dance production world at the time. “Where Are U Now” is truly a milestone in the pop-dance crossover canon, and it will remain one of Bieber, Skrillex, and Diplo’s best songs for perceivably the rest of the trio’s career.

A dancehall-pop and tropical house song, “Sorry” has instruments which sound like ‘brassy horn bleats’. The song’s lyrics convey a plea for a chance to apologise to your lover, asking second chances to redeem oneself. A dance video for “Sorry” was released on October 22, 2015. The video, which features Kiwi dancers from the Request Crew and The Royal Family dance crew, was directed and choreographed by New Zealand’s Parris Goebel who also appears as a dancer. The video was initially intended to be a lyric video and was eventually kept as a dance video.

When it comes lyrics, Love Yourself is an all time best of Justin Bieber. A chorus all about how your mom likes everyone except your ex is absolutely brilliant. It has a simple tune, and with Justin’s voice, an acoustic guitar and occasional trumpeting, everything becomes very melodic. Such a simple song is given a special upliftment which was only possible for a person like Beiber.

If you listen to this song carefully, you can co-relate the wonky horn beats of this song to the ever sensational ‘Lean On’. “Let Me Love You” is one of those pop songs which you will love to play on Repeat Mode. This song became DJ Snake’s 1st and Beiber’s 6th number one on Digital Song’s chart. It’s one of the best tunes from DJ Snake’s debut LP Encore.

“I’m The One” marks the first Justin Bieber song in Khaled’s catalog, which for fans of both artists rang like a crowning achievement met with a resounding “about time.” Khaled geniously paired the pop star with a bouncing, summery beat. The song moreover, features three of the biggest and most powerful names in the rap game. This is one for the repeat button, for sure.

This song is energetic, playful, and very dance-oriented. It also introduced his fans to the producer BloodPop, who had previously worked without such direct credit on hits like “Sorry,” “I’ll Show You,” and other Purpose tracks.