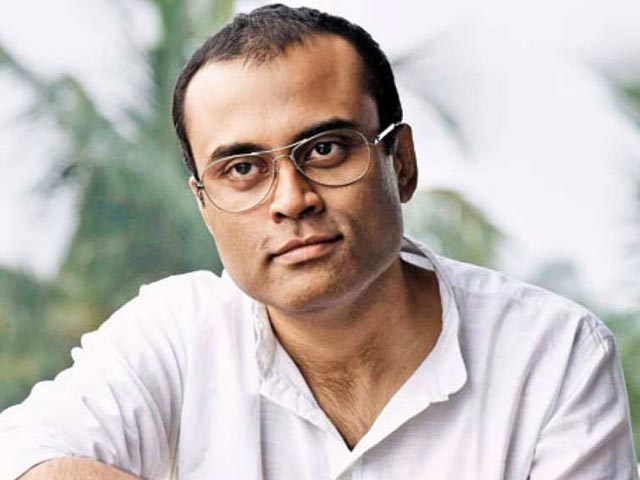 If you’ve been following Bollywood songs, you have probably heard of Amitabh Bhattacharya. If not, Bhattacharya is a lyricist who has written lyrics for as well as sung a number of amazing songs, the first of them being the iconic “Emotional Atyachar” from Dev D (2009). Some of his other well-known compositions include “Abhi Mujh Mein Kahin”, “Gerua”, “Zaalima”, “Sapna Jahan”, “Kabira”, “Mast Magan”, “Ae Dil Hai Mushkil” and “Channa Mereya”. Here, we have made a list of his more recent songs that have instantly connected with the audience. Have a look at some of the most well-loved songs of the year (and it’s only April) –

One of the most trending songs of the day, the “Kalank title track” is sung by none other than the much-loved Arijit Singh. However, the credit for the beautiful music that retains his old-world charm can only be given to Bhattacharya. The song is picturized on the romance between Alia Bhatt and Varun Dhawan, which later shifts to Aditya Roy Kapoor and Bhatt. We know ‘Kalank’ to be a period movie, so we need to wait for what it’s all about.

“Qaafirana” From Kedarnath – Love In The Air

A love song of its own kind, “Qaafirana” is sung by none other than Arijit Singh and Nikita Gandhi. Starring Sushant Singh Rajput and Sara Ali Khan, the song explores their friendship blossoming into romance. Amitabh Bhattacharya had written the beautiful lyrics speaking of love, and the music for the same was composed by Amit Trivedi. The music video is equally beautiful, with gorgeous views of Kedarnath in each scene.

“Manzur-e-Khuda” From Thugs of Hindostan – The Power-Packed Song

Though the movie didn’t do well commercially, Amitabh Bhattacharya’s power-packed song did earn some praise. Katrina’s dance moves accompanied by Aamir Khan and Fatima Sana Sheikh were highly appreciated by the audience. The lyrics of the song were written by Amitabh Bhattacharya, and the music was composed by Ajay-Atul. “Manzur-e-khuda” was sung by Shreya Ghoshal, Sunidhi Chauhan and Sukhwinder Singh with additional vocals by Ajay Gogavale.

Title Song From Dhadak – The Love Song To Touch Souls

‘Dhadak’ is a movie that cemented the much-awaited Janhvi Kapoor and Ishaan Khattar’s debut together, which earned lukewarm praise from the audience. However, Amitabh Bhattacharya was the reason behind the beautiful lyrics such as “jo mere dil ko dil banati hai, tere naam ki koi dhadak hai na…”, the music of which was composed by Ajay-Atul. The “Dhadak Title Track” is sung by Ajay Gogavale and Shreya Ghoshal.

Needless to say, all of these songs have the classic elements of an Amitabh Bhattacharya, right from their lyrics to music. He will be next seen working with Pritam for the upcoming Ranbir Kapoor-Alia Bhatt starrer “Brahmastra”.