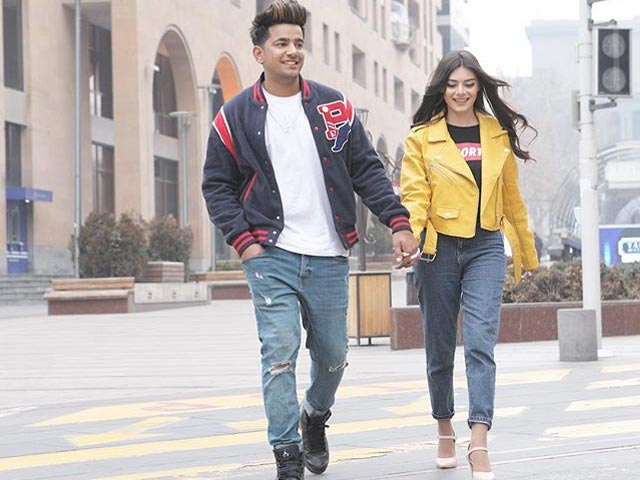 It seems like 2019 is going to be a great year for the very young and the equally talented Jass Manak. His album Age 19 is a raging hit, and the Punjabi song lovers are going gaga over his latest song Tere Naal. Jass Manak is just twenty five years old and he deserves a lot of praise for having acquired such immense talent in such a young age.

This wonderfully talented songster, who seems to be adept in the art of swag and songs, has innumerable famous Punjabi numbers to his credit. Jaspreet Singh Manak, fondly known as Jass Manak is more than just being a great singer. He is also a lyricist and a composer. His claim to fame lies in the song, Prada, which became an instant hit on YouTube, and since then this stylish singer has not had to look back. He has given the world of Punjabi music other great numbers like Suit Punjabi, Toronto, Boss, Allah, and Viah. His latest song, Tere Naal, from the album Age 19 is also a great one and he is sure to win as many accolades for Tere Naal as well.

The music of Tere Naal has been composed by Sharry Nexus and the lyrics of the song has been penned by none other than our very own Jass Manak. Unlike his other songs, this is a comparatively softer song, which has some real soulful music. Jass Manak has it in him to entice his fans with his enchanting voice, which has a beautiful blend of agony and passion in this very song. Now, that is something which is not found in abundance in a lot of singers these days.

The song Tere Naal is obviously a sad song of heart break as conveyed by the words of the song. Tere Naal weaves a wonderful story of a love that once had bloomed beautifully, but like all good things must come to an end, this beautifully woven love story too has reached its end. The pain and the excruciating feeling of heart break has been conveyed very deeply by the powerful and majestic voice of the adroit, Jass Manak, who seems to be getting better with each passing day. Almost anyone who has gone through a tough phase of love being lost will resonate with this painful song of despair.

Jass Manak seems to be portraying the role of the lover who did not get the reward for being loyal and steadfast in love. The song is all about how the agonized lover gives up on his love and croons repeatedly saying “tere naal nahi rehna ajj ton”. He gives up on his love and that takes away from him the courage to fall back in love ever again, the courage to have hope that love will bloom in his life again.

This is the song for the millenials who go through the painful emotions caused by break ups, which happen pretty often now. As far as Jass Manak is concerned, with that power and soul in his, there will be no force stopping him from achieving great honour in the world of music.