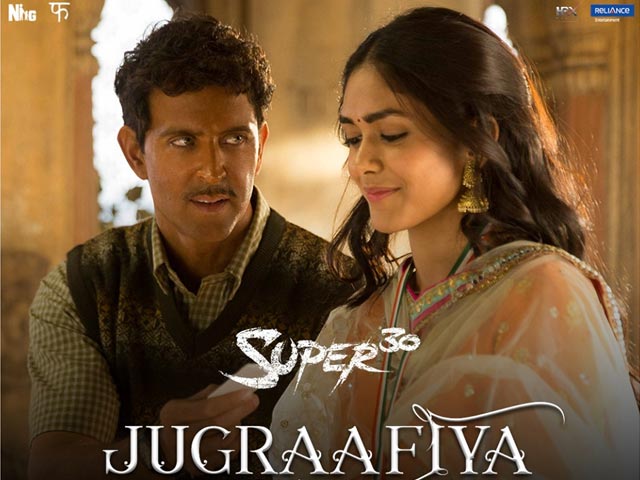 The promotions of Super 30 are on in full swing right now, and its makers have released the first song from its soundtrack. Called ‘Jugraafiya,’ it’s an Ajay-Atul composition with lyrics written by Amitabh Bhattacharya. The video version of this dreamy romantic track showcases the blooming romance between the characters played by Hrithik Roshan and Mrunal Thakur. It has been sung by Udit Narayan and Shreya Ghoshal.

‘Jugraafiya’ benefits from Ajay-Atul’s usual brand of symphonic music. It’s clearly dreamy, and produces a romantic vibe with ease. Udit Narayan and Shreya Ghoshal manage to render the song beautifully, and are especially great during the fast portions of the song.

The video of ‘Jugraafiya’ that’s live on YouTube now, shows the nascent chemistry existing between Hrithik and Mrunal’s characters. The two are from different financial backgrounds, which will definitely play a huge part in the plot of the film. Super 30 is based life of mathematician Anand Kumar, who devised a program under which 30 talented candidates were selected each year from economically underprivileged sections of the Indian society and were trained for IIT entrance exams.