HotFridayTalks
Home Music Slow Motion From Bharat: Get Ready For The Retro Circus 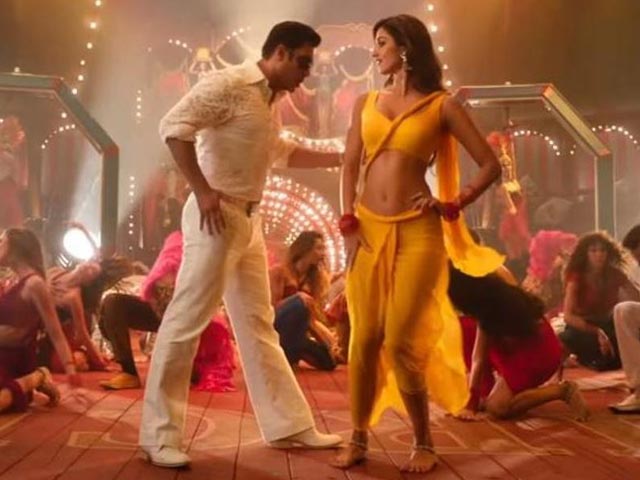 If it is about Salman Khan then it is always worth the hype. He has always been the much-celebrated actor of B town who, through his impeccable acting skills, has embarked upon the journey from the lover boy Prem to the cop Chulbul Pandey. While the world was getting used to his rugged and rough roles in movies like Wanted, Tiger Zinda Hai, he came up with a surprise for his fans. It is true that Salman Khan has a separate fan base which worships him. He created quite a stir with the release of his poster of the film Bharat.

As if that was not enough, the latest song from the movie has got all the Salman Khan fans tapping their feet to the tunes of “Slow Motion”. It is the first song from the movie Bharat, and within hours of its release has grabbed more than two million eyeballs on YouTube. The song features Salman Khan and Disha Patani and it can easily be called one of the greatest dance numbers of the year. The song is a complete package, a package that has all the ingredients that is expected out of a typical Salman Khan number. Be it the beats of the song or the music, it has all the makings of an amazing party track.

Slow Motion has been sung by Nakash Aziz and Shreya Ghoshal. The lyrics of the song, however weird it may have been, with words like “Leke badi wali ring ek din, tujhe mana kar lena hai win, phir shaadi hogi, babies honge, badlenge hum napkin”, does add to the fun element of the song. The song has some peppy beats and one can keep dancing to the beats of the song itself for hours on end. Such is and has been the aura of any Salman Khan track.

It is needless to talk about the cool quotient of Salman Khan, who welcomes us into his “maut ka kua”. Disha Patani rules the song with her series of somersaults in the beginning and her sizzling moves in the yellow saree throughout the song. It does call to mind the ravishing Raveena Tandon in Tip Tip Barsa Paani, who had set the screen on fire with a similar saree.

The title of the song calls to mind the age-old slow-motion run in the classic old movies, but as soon as the song starts, we know it is anything but in slow motion.

Slow Motion is a great song, and we are wondering if we get to see Katrina Kaif killing us with some of her moves too in the movie.

Green Day’s New Song ‘Father of All…’ Gets The Music Video...