The fourth song from the soundtrack of Simmba has just been released by its makers. Its music video, which is live now on the T-Serieis YouTube channel, features not just the film’s lead stars Ranveer Singh and Sara Ali Khan, but also Ajay Devgn. Called Mera Wala Dance, this track has Ranveer’s character singing praises about his own dance, even as Sara Ali Khan joins him in this reverie.

The music video opens with a slow-motion walk of Ajay Devgn and Ranveer Singh. For those unaware, the story of Simmba takes place in the same universe as that of Rohit Shetty’s 2011 blockbuster Singham. Which is why Ajay Devgn will be seen making an appearance in Simmba as well. Ranveer and Sara showcase some spirited dance moves in this video, but it’s the hook step that takes the cake.

Mera Wala Dance has been composed by Lijo George and DJ Chetas. It does not sound like something that will rule the charts, but is a good song to support the upcoming film. The singing performances by Nakash Aziz and Neha Kakkar are on point, although the latter’s voice involves a bit too much of auto tune.

Directed by Rohit Shetty, Simmba has its story based on a Telugu film titled Temper. It has Ranveer Singh donning the role of a corrupt police officer who is forced by circumstances to straighten up and find his true calling. Apart from Sara Ali Khan and Ajay Devgn, other actors like Sonu Sood, Vrajesh Hirjee, Siddhartha Jadhav and Ashwini Kalsekar will also be seen in it.

Simmba is slated to be released on December 28 in theatres all across India. 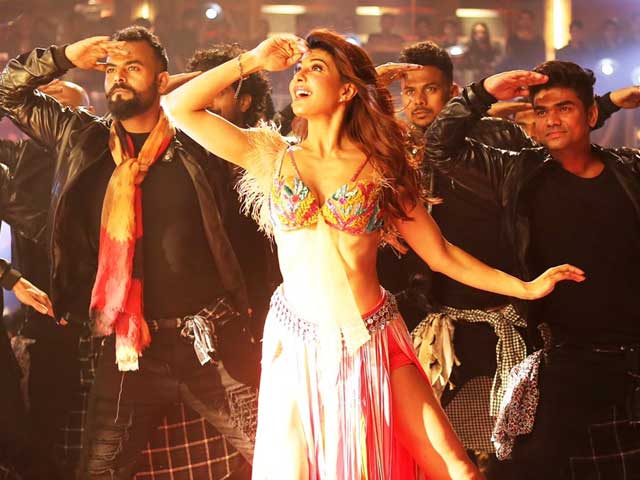 Much Awaited “Ek Do Teen” From Baaghi 2 Is Out Now!