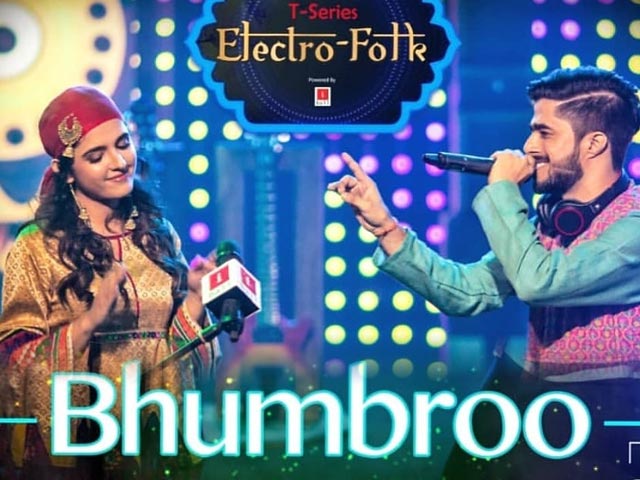 I’m sure of all us remember the “Bhumbro” song, to which all the kids would sing and dance in the early 2000s. Well, time has moved on and so have we, for we have a new version of the sweet and simple song brought us by T-Series. As part of the Electro Folk series by the music channel, we have for you an electro-pop version of “Bhumbro”, which originally forms part of the thriller ‘Mission Kashmir’ (2000) starring Hrithik, Sanjay Dutt, Preity Zinta, Jackie Shroff and Mohsin Memon. And let us tell you this, it sounds just as good, really!

“Bhumbro” has been sung by the popular Indo-Kiwi pop singer Shirley Setia, with additional vocals with Parry G and Aditya Dev. In fact, the rap section has been performed by Parry G and the song has been mixed and mastered by Aditya Dev. The new lyrics have been written by Kunaal Verma, and the music has been composed by Aditya Dev himself. However, credit must be given to the original singers and creators of the song. “Bhumbro” was originally sung by Sunidhi Chauhan, Jaspinder Narula and Shankar Mahadevan, and composed by Ehsaan Noorani.

The music video begins with a beautiful electro-pop tune, after which Shirley Setia breaks into song. You’ll find that the lyrics have been changed, and there is a certain folk touch to it in the second line. It’s difficult to guess if they have used smatterings of the Kashmiri language in the song, yet, the effect comes out beautifully. The electro-pop beat coupled with the dholak and guitar gives the entire song a huge makeover – yet maintaining the subtlety of the song. Somewhere in the middle, Parry G breaks into a rap, which seems to be a perfect counterpart to the song. Also, let’s not forget the contribution of Aditya Dev, who manages to balance playing the musical keyboard and singing in the most perfect way possible. The ending, which becomes a harmonious collaboration between the three singers, is simply out of this world.

There isn’t much to say about the video itself, except for the fact the song was recorded in a set beautifully adorned with lights. The singers are dressed in traditional Kashmiri outfits, adding to the authenticity of the song.

Though a remake again, “Bhumbro” is a modern-day rendition of a much-loved song of the early 2000s. Whereas Shirley maintains the original feel of the song, Parry G and Aditya Dev add the spunky factor to it. In the end, ‘a good job’ to all the singers and musicians backstage!

Know All About Harshdeep Kaur The Voice Behind Raazi’s Dilbaro