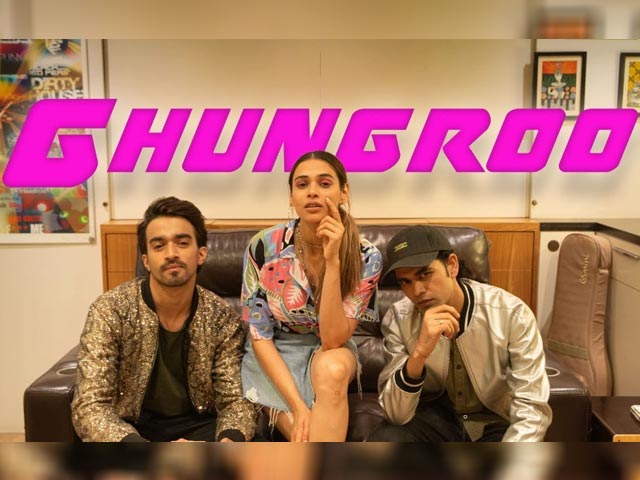 Shalmali Kohlgade almost habitually puts out new dance and vocal experiments on her YouTune channel every now and then, and this time, she and her team have released their own one-take music video for the ‘Ghungroo’ song from War. What’s more, the video also has a special guest appearance from Vishal Dadlani, who is one half of the pair that has composed the track. The one-take video has seemingly been shot in Shalmali’s own house, which has been the stage for a few of her other videos as well, in the past.

The ‘Gungroo’ music video from Shalmali and her crew has been choreographed by Rohit Singh and Vishnu Kumar. It’s shot across two rooms, with the camera seamlessly following the action, as the dancers prepare for their shots behind it. It’s also commendable that so many lighting effects have been added to this amateur music video. Towards the end, the song is interrupted by a ring of the doorbell, and in arrives Vishal Dadlani through the door, joining the others in their dance performance.

The original video for ‘Ghungroo’ features Hrithik Roshan and Vaani Kapoor romancing it out in exotic locations in Italy. The song has been sung by Arijit Singh and Shilpa Rao, while it has been composed by Vishal and Shekhar, of course. The lyrics of this number have been penned by Kumaar.

War marks the coming together of two of the biggest money-spinning actors in Bollywood – Hrithik Roshan and Tiger Shroff. Its story follows Khalid, an Indian soldier who is assigned to eliminate Kabir, a former soldier, who had mentored Khalid, and has now gone rogue. The film has been directed by Siddharth Anand who has done flicks like Ta Ra Rum Pum, Salaam Namaste, Bachna Ae Haseeno and Bang Bang! before this. Apart from the two leads, Vaani Kapoor, Ashutosh Rana, Dipannita Sharma and Anupriya Goenka also star in this film.

The film releases tomorrow, on Gandhi Jayanti, and is expected to have a huge opening weekend, given the popularity of the two stars and the fact that it’s a nationwide holiday tomorrow.

Avicii’s Posthumous Album Tim Gets Its First Single In SOS