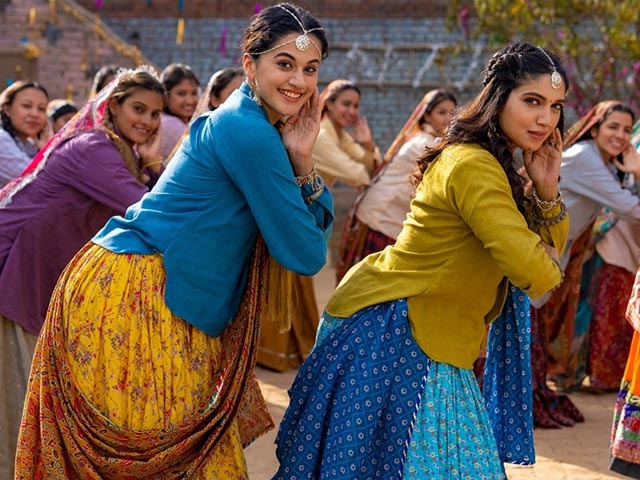 Ahead of the release of Saand Ki Aankh, its makers have put out the second song from its soundtrack, called ‘Womaniya.’ Just like the first one, this one too is composed by Vishal Mishra, while its lyrics have been penned by Raj Shekhar. Vishal Dadlani and Vishal Mishra team up to lend the vocals. Now, one might wonder why there is no female singer in a song that’s called ‘Womaniya,’ but we guess the makers are trying to make some sort of a statement with this decision. In fact, the two actresses, Tapsee Pannu and Bhumi Pednekar, have also been shown to be lip-syncing to the male vocals in some parts of the video.

Saand Ki Aankh is a biographical film based on the lives of sharpshooters Chandro and Prakashi Tomar, who took up the sport very late in their lives, despite opposition from their families. The film has been directed by Tushar Hiranandani, and apart from Tapsee and Bhumi, it also stars Prakash Jha and Vineet Kumar Singh. The film releases on October 25.