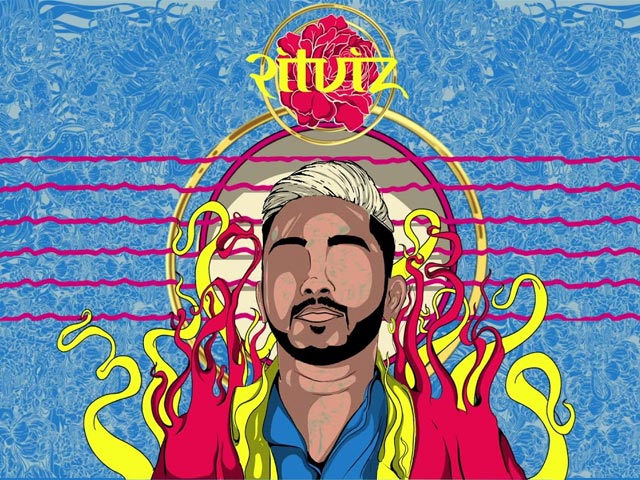 After his massive breakthrough song Udd Gaye, Ritviz released a few more tracks last year, with Jeet being one among them. This song was even blessed with a music video later, and now, the artist has released a new re-constructed version of it. He keeps the soul of the original intact, yet experiments with it enough for it to sound like a completely fresh offering.

Ritviz starts off with a showcase of his vocal qualities by rendering a brilliant alaap portion. This makes way for the lyrics to chime in. These have been kept unchanged from the original. The lyrics of Ritviz’s songs are often criticized for not quite making any sense, and the same stands true for Jeet. Try making whatever sense of the lines, “Aisi zindagi hum chip chipaye. Hum na aaye aaye aaye” you can. The other big change in this reconstructed version of Jeet is the insertion of a portion of Udd Gaye’s music in it. This goes pretty well with the rest of the song, and feels like it’s really a part of it.

Ritviz announced the release of this track via his Instagram with the statement, “A lot of you have been asking why I haven’t released the entire album yet and why it’s taking so long. The truth is, I’m at a place where I’m just not feeling like the songs are finished and ready to release, and I don’t want to put them out unless I’m 100% happy with it. Essentially, I feel like I’m stuck. So I decided, instead of trying hard to finish the new tracks, why not revisit an old one and jam on it. Two back to back days of working on it and I came up with a brand new version of one of my favourite tracks – JEET!”

He also revealed that he has released the stems of the original track online. This means any aspiring DJ will be able to mix the track and come up with their own unique composition, which is quite an opportunity. The amazing artwork that can be seen in the video has been created by Santanu Hazarika.