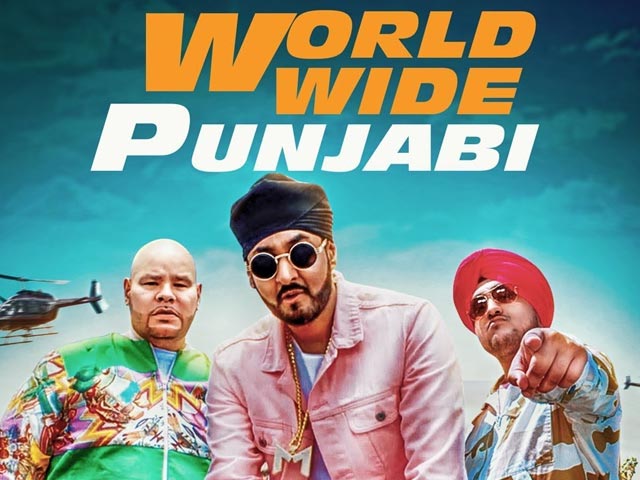 Worldwide Punjabi is the name of a new music video released by Manj Musik, a former member of the famous British music group, RDB. This new song was featured in the 2018 film Tiger, which starred Mickey Rourke. It features New York-based rapper Fat Joe, apart from Sikander Kahlon. The song’s release was announced by Akshay Kumar through his official Facebook and Twitter accounts, giving it some traction upon its arrival.

Worldwide Punjabi is your typical Punjabi hip-hop track that doesn’t bring anything new to the table. Even its music video is extremely generic, riddled with stuff like Rolls Royces, flashy outfits and jewellery, helicopters and other such tropes. It also includes some random clips from the film Tiger, which fared poorly at the box office.

The song makes use of electronic sounds, thumping beats and occasional dhol portions to create an energetic vibe. Its music has been composed by Manj Musik, while the lyrics have been penned by Manj Musik and Sikander Kahlon. Fat Joe has of course, written his own lines, and he really looks like a forced addition to this song.

Announcing the release of Worldwide Punjabi, Manj Musik said, “This song is very close to my heart and is the first song of the year which is releasing under my label. I’ve worked very hard since last year as and for ‘Manj Musik’, and my only motto is to entertain our audience and give opportunities to talents because music is the only thing which connects us to our audience.”

RDB is a band founded back in the 1990s by three British Sikh brothers. Their music involved blending western sound with traditional Punjabi beats and vocals. Manj Musik exited the group in 2013, and since then, it is being led by Surji RDB.

Manj Musik seems pretty focused on his solo career now, but if he really wants it to shine, he must definitely come up with something better than Worldwide Punjabi.