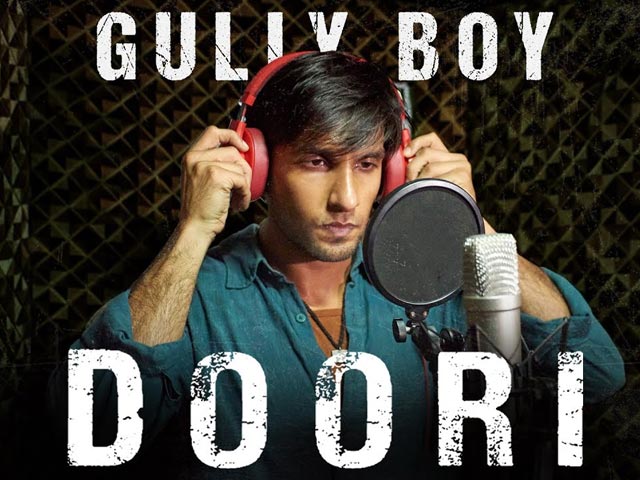 After releasing the entire Gully Boy album online, the makers of the film have now gone on to launch a music video for the song Doori. This track has Ranveer Singh delivering a clinical and composed rap performance, as he recites lines written by Javed Akhtar and Divine. Who would have thought we’d get to see these three working together on a song? That’s the beauty of the Gully Boy soundtrack, so listen to it if you haven’t yet.

Coming back to Doori, it’s a social commentary speaking about the imbalance of wealth in today’s society. It focuses on the ironies in the economic situation of the country, contrasting lines like, “Right mein building aasmano ko choo rahi,” with lines like “Left mein bachhi bhooki sadko pe so rahi.” It continues in the same vein for two verses, but shifts to a different track in the third.

Ranveer Singh raps these lines with utmost believability. His is a restrained and skillful rap performance that does full justice to the brilliant lyrics penned by Javed Akhtar and Divine. What’s not that impressive is the hook/chorus. It’s made up of lines that lack the depth present in other lines from the song. It goes, “Ab dekho toh hum pass hai lekin, socho kitni doori hai. Ab kaisi yeh mazboori hai. Ab socho kitni doori hai.”

Rishi Rish has composed the music for this track, and has kept it at a minimum to direct more attention towards the words. There is no catchy drop, no overpowering beats; just simple a simple orchestral background.

Gully Boy stars Ranveer Singh and Alia Bhatt in lead roles, and is slated to hit theatres this Valentines Day. It has been directed by Zoya Akhtar, who has also written its script along with Reema Kagti.