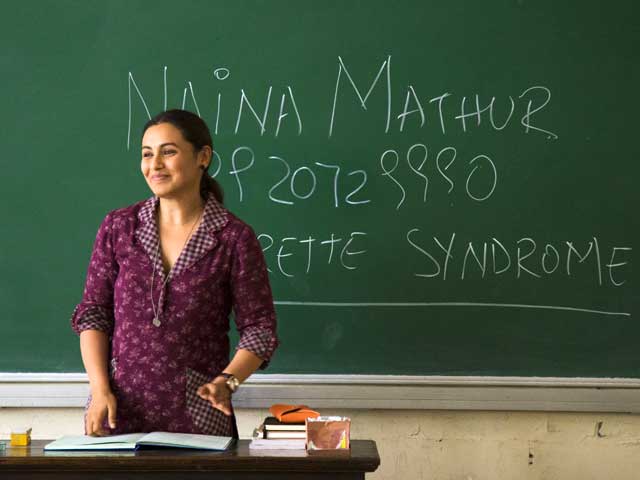 Rani Mukherjee makes her comeback after her daughter Adira’s birth with a movie titled Hichki which talks about the Tourette Syndrome. A disorder which is not openly discussed in our society.

Rani Mukerji is all set to shoot an uplifting promotional music video for Hichki and the song will celebrate the human spirit of overcoming social prejudice. The music video will be filmed in the same location as the film, including colleges, slums, and streets of Mumbai, this video will highlight the film’s core message.

Hichki narrates the story of Naina Mathur (played by Rani) who has a nervous system disorder, Tourette Syndrome. It focuses on how she turned her disadvantage into an inspirational success story. Second, the film is also a reminder about discriminations that exists in our society and has become a part of our daily lives. This is highlighted through Naina’s students, who face severe social prejudices because of their underprivileged background and how Naina empowers them to stare down at social stigmas to try and make a life for themselves. Hichki is about celebrating the human spirit, it’s about positivity. Keeping with the optimistic spirit of the film, Rani will shoot a special promotional music video for the film that celebrates victory over all sorts of social stigmas.

Producer Maneesh Sharma explains, “Hichki could stand for anything. It refers to any handicap, challenge, or block that you face and in the film, we tell you that you can overcome it. Being judgmental can be a hichki, as can be social prejudice and personal bias. With this video, as with the film, we show stories of those who deal with Hichki smoothly, to achieve their dream.”

Directed by Siddharth P Malhotra and produced by Maneesh Sharma, this heart-warming movie is set to release on 23 February.

Guru Randhawa – The First Indian Singer With This Whopping Number