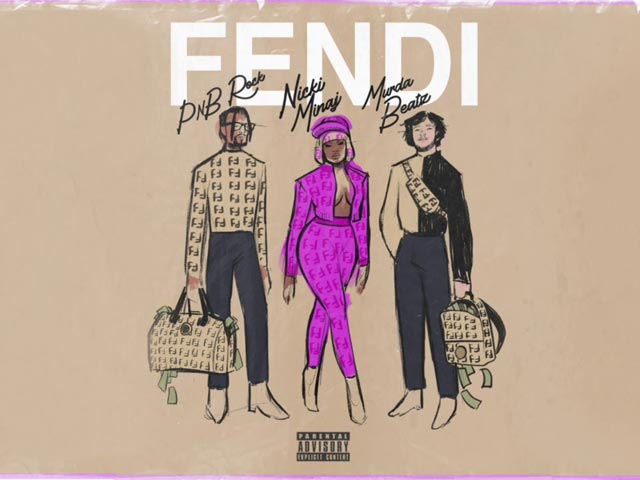 ‘Fendi’ is the name of a new song by PnB Rock featuring contributions from Murda Beatz and Nicki Minaj, who has recently jumped into retirement in pursuit of motherhood. This song’s release has come right on the heels of the launch of Minaj’s Fendi Prints On Collection, which is coming this October. The brand Fendi is no stranger to Minaj fans, as she has worn it several times, and has also popularized the line, “Fendi prints on” in her 2018 song, ‘Chun-Li.’

“Murder,” she shouts at the beginning of the new song, adding, “Yo, this is actually, I swear, like, this is really my favorite song.” PnB Rock then starts proceedings with his fiery raps. “She wanna ride, just like my coupe. She wanna get high, straight to the moon. She wanna get fly, just like a broom,” he utters in the song’s hook.

‘Fendi’ hasn’t been given the music video treatment yet, but that seems difficult now that Nicki Minaj’s retirement has come into effect. The rapper had announced earlier this month, to everyone’s surprise, that she is retiring for the time being to focus on her motherhood. “I’ve decided to retire and have my family. I know you guys are happy now. To my fans, keep reppin me, do it till da death of me, in the box – cuz ain’t nobody checkin me. Love you for LIFE,” she had said in a statement.

Earlier this year, Nicki Minaj had released a single called ‘MEGATRON,’ which was her first outing since her 2018 album Queen. It was met with positive reviews, and debuted at number two on the US Billboard 200. The album was also certified platinum by the RIAA in January 2019.

You can listen to PnB Rock and Nicki Minaj’s new song ‘Fendi’ in the space above.