HotFridayTalks
Home Music Next-Gen Music Composers Of Bollywood Who Are Already A Rage! 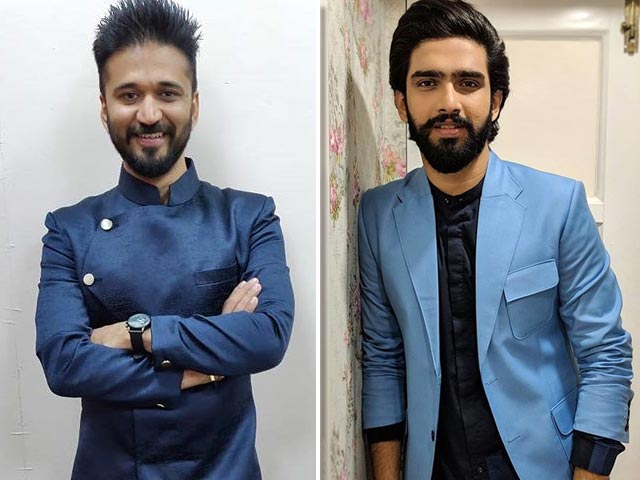 Bollywood has been renowned for the impeccable music it has given us since time immemorial. All of us have grown up dealing with life with the music that Bollywood has presented to us in its myriad forms. The 90s kids will remember how perfectly AR Rahman’s soulful music blended with our lives and made it a beautiful place. Then with the passage of time came music composers like Pritam, who holds a firm place in our hearts, Vishaal and Shekhar, who rocked us with their music, and the terrific trio, Shankar Ehsaan Loy, who killed it with their mind-blowing melodies.

Though 90s was the golden age of Bollywood during the course of which we got innumerable amazing movies and songs, the present age, with its caustic and realistic movies and off beats songs, is no less. With each passing day, many new budding composers are making their presence felt.

Some of the amazing melody makers of the current generation are:

Anupam Roy – The King Of Versatility

Anupam Roy made his mark in Tollywood when he took the Bengali music industry by storm with his impeccable songs from the movie Autograph. His amazingly woven lyrics and the great music from the movie left an impression on us which won’t be easily removed.

In 2015, he won our hearts again by composing music for the movie Piku. Only an Anupam Roy could have pulled off a sensitive song like Bezubaan. He has also composed the music for movies like Pari and Pink.

Amaal Mallik – The One Who Brought EDM To The Forefront

Amaal Mallik has been one such contemporary composer of Bollywood who deserves a lot of credit for the amazing music that he has given us, which will last us a lifetime.

Music runs deep in his veins and his first EDM song which took us all by a pleasant surprise was Sooraj Dooba Hai from the film Roy. He also specialises in pop, jazz and filmy music and has given us beautiful romantic tracks like Soch Na Sake from Airlift.

Amit Trivedi – The One Who Is Always On Demand

January 2019 started with a bang!! #Mumbai you were phenomenal. #itsamitrivedilive

He is someone who had it in him to impress the legendary Anurag Kashyap with his amazing music for the movie Dev D. His official break in Bollywood came with the movie Aamir, but it was Dev D, which got Amit Trivedi his first national award. Since then there has been no looking back.

He has been the music composer of movies like Wake Up Sid and Udaan, and he has that unconventional talent in him which Bollywood is in dire need of right now. His songs like London Thumakda from Queen and all the melodious tracks from the movie Lootera will be entrenched in history forever.

Sachin – Jigar: Because It Takes Two To Tango

They have endless talent which has been revealed by the amazing music they composed for Humpty Sharma ki Dulhania. The recent favourite song composed by the duo is Kamariya from the movie Stree. They have composed music for recent movies like Gold, ABCD 2, Bhoomi, Badlapur etc.

Brothers Atul and Ajay Godavale have been making some really great music for Bollywood in the recent years, and their music has attained a lot of attention and praise recently.

We can never forget the heart-touching song “Abhi mujh mein kahin” from Agneepath (2012). Their recent compositions include songs for Zero, Dhadak, Thugs Of Hindostan etc.

Mithoon – The Amazing Singer And Composer

After a journey..I’m back to my studio;here’s where I belong.

Mithoon as a composer rose to prominence with his beautiful romantic composition Tum Hi Ho from the movie Aashiqui 2. He is also the composer of the viral song, Sanam Re, which took YouTube by storm in no time.

His first original composition, Bas Ek Pal, still rings with us and since then we knew that he was going to be a great music composer of this generation. And who can get enough of his Phir bhi tumko chahunga from the movie Half Girlfriend?

With these melody makers, Bollywood can never be devoid of great music.