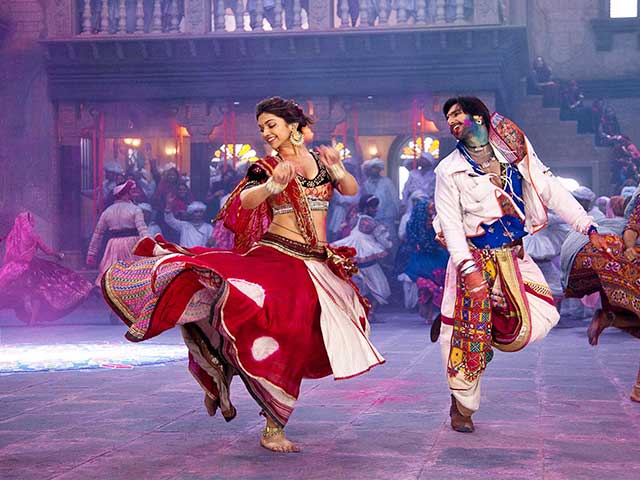 Your evening plans are soon going to include nothing but garba and dandiya, even as the much awaited festival of Navratri is about to commence. But it’s been a whole year since you last performed and you would definitely need some practice if you want to be on top of yourgarba game. We decided to make a list of popular garba songs, and since Bollywood has no shortage of them, we had to look no further than some of our favourite films.
Here’s a list of the best Navratri music from Bollywood:

This duet composed by A. R. Rahman is still etched into our hearts thanks to the wonderful experience that Lagaan was. Its unhurried pace makes for a good slow dancing session. What’s great about this song is that it tells the story of Radha’s jealousy towards Krishna, and director Ashutosh Gowarikar has so brilliantly juxtaposed that with the two characters played by Aamir Khan and Gracy Singh in this film.

One of the most recent songs in this list comes from Salman Khan’s Prem Ratan Dhan Payo. With Gujarat as its setting, this number will surely reverberate among garba enthusiasts. Sung by Vinit Singh and Aman Trikha, this melodic track has all the makings of a great garba song.

Hum Dil De Chuke Sanam is the quintessential film as far as the depiction of Gujarati customs goes. Then how could they have left out a garba number? Dholi Taro is an amazing track with a fast tempo that peps up the entire crowd when it starts playing.

Check out the song right here:

The film Kai Po Che had some brilliant music, and one of its tracks makes for a superb garba number. Shubaarambh, composed by AmitTrivedi, is actually based on ‘poojavandana’ which is usually performed during the start of any new venture. Its fresh beats and melodic verses will force you to hit the dance floor.

We love Main Prem Ki Deewani Hun for all the wrong reasons, but there’s one thing about this film which does not weird you out – the song Bani Bani. It’s played at almost every garba night session with equal fervour. Composed by Anu Malik and sung by Chitra, it’s a quite a peppy number, and is suited for both garba and dandiya.

We’ve got yet another song from a Sanjay Leela Bhansali film in the form of Nagada Sang Dhol. It’s an intense song which can be used to showcase your fast dance moves.

One of the most underrated albums from the last decade was Dil Hi Dil Mein by A.R. Rahman which had a spectacular garba and dandiya number in the form of Chand Aya Hai. It’s a playful song demanding some great moves to match its tempo.

Raees was yet another recent flick set in the state of Gujarat. Its song Udi Udi Jaye is an exemplary example of a good garba track. It’s hard to resist the urge to break a leg when this song starts playing.