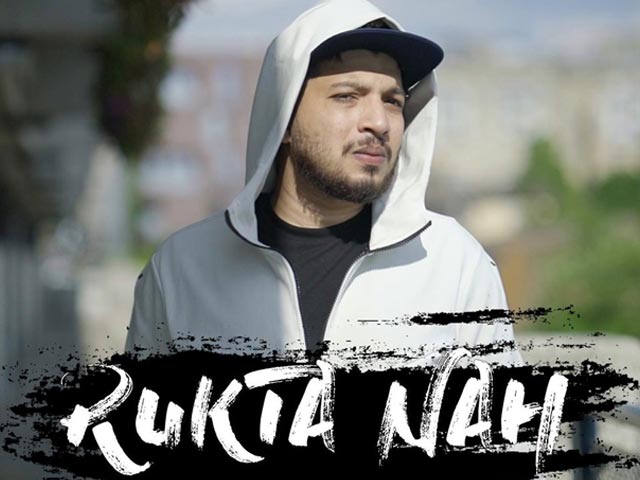 Naezy has come up with a new song called ‘Rukta Nah,’ which has been released by him in association with the OnePlus Playback program that acts as a platform for independent music artists. The song has him talking about never putting a full stop to his rapping, no matter how many obstacles he has to overcome. The track has also been blessed with a music video that has been shot in London.

This video starts with Naezy speaking on the phone to someone and letting them know that his new video will be dropping on YouTube today. It’s only something that has been done to show him using a OnePlus phone. Otherwise, this scene has no purpose. Anyway, the song opens up in what look like abandoned locations in London. About it, Naezy had to say, “The video was shot in guerrilla style in London. All my videos earlier have also been DIY right from the first. Aafat that I recorded on my iPad; and so is this one again. I have directed the video myself and it was fun shooting this in a city I love.”

Coming to the song itself, it suffers from a weak hook. The lines, “Nahi main rukne nahi wala. Jaa ke keh do unse. Nahi main thakne nahi wala. Ek ke baad ek,” could have sounded better had the composition been a tad polished. The verses however are the scene stealers for this track. Naezy brings his trademark flavour to them with his witty use of Mumbai slang.

About ‘Rukta Nah,’ he said, “My life is all about obstacles and this song basically is about me being unstoppable despite any obstacles. I want to do everything that I have ever desired and nothing will stop me. Besides that the song also gives my fans and audiences a glimpse into my life and what I am up to at this point in time.”

You can watch the music video of ‘Rukta Nah’ in the space above.